Rabbi David Aaron is an astute visionary, a prolific and lucid writer and a soulful, invigorating educator. He is the founder and dean of Isralight, an international organization committed to facilitating a worldwide renaissance in consciousness by inviting a return to the spiritual roots and core values that should be the essence of daily living. It has centers and programs in Israel and throughout North America offering retreats, seminars, spiritual weekend getaways, intensive growth workshops, leadership training, and trips and missions to Israel.

Rabbi Aaron believes that the spiritual basics of life are the most profound and yet the most neglected in contemporary education. For the past 18 years, he has dedicated himself to sharing the ancient wisdom of Torah and Jewish mysticism and inspiring others to embrace a joyous lifelong process of personal transformation, empowerment and love.

A son of a Holocaust survivor, Aaron has struggled since a very early age to understand the world’s potential for hatred and paradoxical yearning for meaning, love, and creativity. His own spiritual journey led him to Israel, where he studied Torah and Jewish mysticism under the tutelage of the great masters including HaGoan Rav Shlomo Fischer Shlita. He received his rabbinical ordination in 1979 from the Israel Torah Research Institute (ITRI).

A popular speaker and frequent guest on radio and TV, he has attracted national media coverage including Larry King Live and E! Entertainment. He lives in Jerusalem with his wife, Chana, and their seven children. 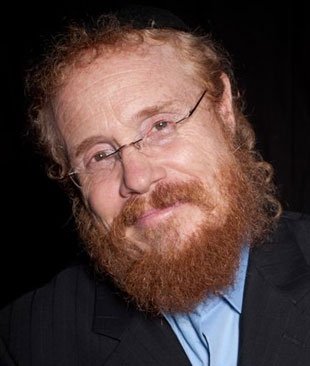