Born in 1929, Guenther was an Episcopal priest, wife, mother of three children, grandmother, spiritual director, mentor of spiritual directors, retreat leader, "administrator, lay medical practitioner, scrubber of floors, washer of clothes." She served as Emeritus Professor at General Theological Seminary in New York City where she taught Ascetical Theology. She was also the Director of the Center for Christian Spirituality, a pioneering program for the training of spiritual directors. She was a noted retreat leader and lecturer both in the United States and abroad, travelling as far away as China and Australia to speak at conferences and lead retreats. In later years she was Associate Rector of St. Columba's Church in Washington, D.C. 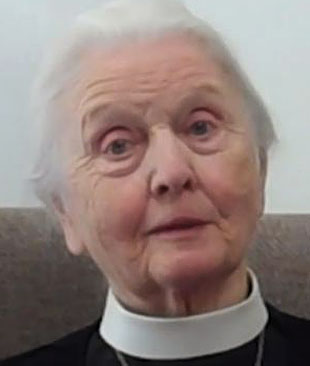