Allan Lokos is the founder and guiding teacher of the Community Meditation Center in New York City. His writing has appeared in The New York Times, Tricycle, the Huffington Post, and the anthologies Audacious Creativity, and A Year of Living with More Compassion. Among the many places he has taught are Columbia University Teacher's College, The Rubin Museum, Marymount College, Barre Center for Buddhist Studies, New York Insight Meditation Center, The New York Open Center, Tibet Center, and the Insight Meditation Community of Washington.

Lokos began his study and practice of meditation with Zen teacher Thich Nhat Hanh in the 1990s. Other Buddhist teachers have included Sharon Salzberg, Joseph Goldstein, Larry Rosenberg, Andrew Olendzki, Stephen Batchelor, Yongey Mingyur Rinpoche, and Tsoknyi Rinpoche. He has attended numerous retreats at Insight Meditation Society in Barre, Massachusetts, and classes and workshops at the Barre Center for Buddhist Studies. He has also attended a number of weeklong teachings with His Holiness The Dalai Lama. Lokos is an ordained Interfaith Minister, a graduate of The New Seminary in New York.

In December, 2012, he was seriously injured in a plane crash in Myanmar (Burma.) Doctors felt he could not survive his injuries, but he did and is now teaching and writing with a busier schedule than ever. In a forthcoming book, Through the Flames (12/2014), he tells of the accident and how his practice informed his recovery.

Earlier in this life Lokos was a professional singer appearing in the original Broadway productions of Oliver! and Pickwick, as well as the Stratford Festival/Broadway production of The Pirates of Penzance. He wrote more than 100 articles on various aspects of performance that appeared in a variety of publications including Backstage Newspaper. He lives in Manhattan with his wife, Susanna Weiss. 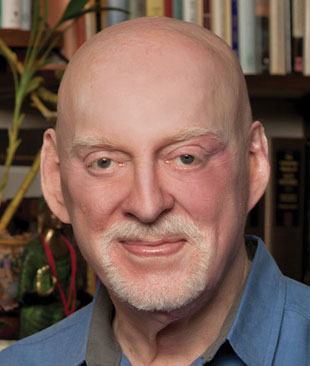