The National Resources Defense Council, whose legal work is covered in the book War of the Whales continues to defend whales from deadly sonar and explosives used in the U.S. Navy's training exercises off the East Coast, Southern California, Hawaii, and the Gulf Coast. After the Navy’s own environmental review conceded it could kill nearly 1,000 marine mammals … cause more than 13,000 serious injuries … and inflict more than three million cases of temporary hearing loss, the NRDC once again went to court to stop this assault on whales. Read more about the NRDC's work, take action by signing a letter to President Obama, and donate to help the cause at this web page.

Oceana, the largest international organization focused solely on ocean conservation, is raising awareness and working to find solutions to problems in the world's oceans caused by over-fishing and destructive fishing practices, pollution, and rising carbon dioxide levels in the water. When in July 2014 the Obama Administration authorizing the use of seismic airgun blasting for offshore oil drilling off the U.S. East Coast, Oceana noted that these blast threaten to injure or kill up to 138,200 marine mammals—including endangered right whales—and devastate coastal communities who depend on tourism, fishing, and coastal recreation. Visit Oceana.org to learn more about protecting the oceans and the whales who live in them. You can also sign a letter to President Obama expressing your commitment to not allowing seismic blasting permits. 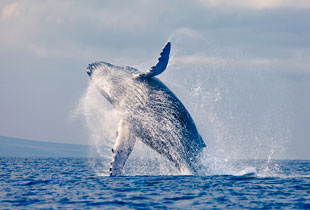