Interview with the director of Uncle Boonmee Who Can Recall His Past Lives.

The following is reprinted courtesy of Strand Releasing.

Director Apichatpong Weerasethakul was born in Bangkok (1970) and grew up in Khon Kaen, north-eastern Thailand. He graduated from Khon Kaen University and holds a Bachelor's degree in Architecture, then a Master of Fine Arts in Filmmaking from The Art Institute of Chicago. He started making films and video shorts in 1994 and completed his first feature in 2000. He has also mounted exhibitions and installations in many countries since 1998. Often non-linear, his works link with memory, invoked in subtle ways personal politics and social issues. Working independently of the Thai commercial film industry, he devotes himself to promoting experimental and independent filmmaking through his company Kick the Machine Films, founded in 1999. Kick the Machine has produced all his feature films. In 2008, he embarked on the Primitive Project, a multi-platform work of which Uncle Boonmee Who Can Recall his Past Lives is part. In 2009, he and his work were the subject of a monograph published by the Austrian Film Museum.
Director's Statement

Uncle Boonmee Who Can Recall His Past Lives is an homage to my home, and to a certain kind of cinema I grew up with.

I believe in the transmigration of souls between humans, plants, animals, and ghosts. Uncle Boonmee's story shows the relationship between man and animal and at the same time destroys the line dividing them. When the events are represented through cinema, they become shared memories of the crew, the cast, and the public. A new layer of (simulated) memory is augmented in the audience's experience. In this regard, filmmaking is like creating synthetic past lives. I am interested in exploring the innards of this time machine. There might be some mysterious forces waiting to be revealed just as certain things that used to be called black magic have been shown to be scientific facts. For me, filmmaking remains a source all of whose energy we haven't properly utilized. In the same way that we have not thoroughly explained the inner workings of the mind.

Additionally, I have become interested in the destruction and extinction processes of cultures and of species. For the past few years in Thailand, nationalism, fueled by the military coups, brought about a confrontation of ideologies. There is now a state agency that acts as a moral policeman to ban "inappropriate" activities and to destroy their contents. It is impossible not to relate the story of Uncle Boonmee and his belief to this. He is an emblem of something that is about to disappear, something that erodes like the old kind of cinemas, theatres, the old acting styles that have no place in our contemporary landscape.

What is so special about the north-east of Thailand to you? And what inspired you to make the film?

A few years ago, when I was living in the north-east, I came across Uncle Boonmee. An abbot at a monastery near my house told me that there was an old man who had arrived at the temple to help out with the temple's activities and to learn meditation. One day this man, Boonmee, came to an abbot and told him that while he was deep in meditation, he could see his past lives playing behind his closed eyes like a movie. He saw and felt himself to be a buffalo, a cow, even a body-less spirit that roamed around the north-east plains. The abbot was impressed but not surprised, because Boonmee was not the first person to tell him about such experiences. From near and far, he had collected stories from villagers who shared their past lives with him. Later, he published a little book. On its cover one could read: A Man Who Can Recall His Past Lives. Unfortunately, by the time I got a hold of the book, Boonmee had passed away several years earlier.

All your films have incorporated stronger autobiographical elements. That seems to be much less the case with Uncle Boonmee. . . ?

Compared to that original Boonmee book, this film has a lot of me in it. The process of making this film made me realise that I am incapable of being faithful to any original source! Besides altering the past lives, I pushed Boonmee into the background and foregrounded my regular actors, Jenjira and Tong, who act as witnesses to this anonymous guy's passing. The film is not about Boonmee, but about my take on the idea of reincarnation. It naturally developed into an homage to the cinema I grew up with. A cinema that's also dying or is dead already. And once again, my father slipped into the film. He succumbed to kidney failure. All those pieces of equipment in Boonmee's bedroom are a simulation of those in my dad's.

Once again you have chosen to work with your regular actors and then with two primarily amateur performers (Uncle Boonmee and Huay). How did you cast for the film? Are they all from the north-east?

Only Tong is not. So he's the only one who's not speaking north-eastern dialect. To me, Boonmee is anonymous. So I could not use professional actors who have many public identities. I think the amateurishness is precious when you are aiming for early cinema's acting style. So I cast people from all walks of life, We ended up having a roof welder and a singer to play Boonmee and Huay.

Although the title of the film refers to Uncle Boonmee's past lives, he never explains them or describes what they are.

Originally, the script was more explicit in explaining which were the past lives, and which were not. But in the film, I decided to respect the audience's imagination. Of course, after watching it, you can tell that he could be a buffalo or a princess. But for me, he could be every living thing in the film, the bugs, the bees, the soldier, the catfish and so on. He could even be his Monkey Ghost son and his ghost wife. In this way, the film reinforces a special association between cinema and reincarnation. Cinema is a man's way to create an alternate universe, and other lives.

You have spoken of the film being an homage to a certain kind of cinema, the cinema of your youth. What sort of cinema did you have in mind? Thai cinema?

I was old enough to catch the television shows that used to be shot on 16 mm film. They were done in studios with strong, and direct lighting. The lines were whispered to the actors, who mechanically repeated them. The monsters were always in the dark in order to hide the cheaply made costumes. Their eyes were red lights so that the audience could spot them. I only got the chance to see old horror films later, when I was already making films. I also think that the Thai comic books influenced me. The plots were not complicated — the ghosts were always part of the landscape. It's still like that today.

The film has distinctive shifts of tone and style, sometimes it is almost comic and ironic, at other times very serious and moving.

I love my movies to operate like a stream of consciousness, drifting from one remembrance to another. I think it is important to accentuate this drifting when the root of the film is about reincarnation, and about wandering spirits.

You have spoken of your interest in the "transmigration of souls". This comes to mind particularly in the closing scenes of the film. Is that what is taking place to Jen and Tong?

The scene (gently) attacks the movie's time and reference points. I hope that in the end, the audiences are the ones who are transported.

Ghosts and fantastic beings have appeared in your earlier films like Tropical Malady. But in Uncle Boonmee. . . they have taken centre stage. Could you comment on this?

The film focuses on the beliefs in other-worldly elements that are actually parts of our lives. I am captivated by the fact that as we age, our childhood has become more vivid. I think the curiosity (and perhaps the fear) of ghosts and of other worlds arises when we are young and when we are dying.

Your recent work seems to have taken on a more political direction. The still photo sequence would seem to highlight this. That sequence is so different from everything else in the film.

I wanted to introduce my memory of making this project into the film as well. The film is part of the Primitive Project in which I tried to capture some memories of the northeast. I ended up working with the teens in a village that had a violent political history. We built a spaceship and made up scenarios. We also made a short film, A Letter to Uncle Boonmee, in which we scanned the village in order to find a suitable house for the feature. For me, the experience in this village was always related to Boonmee's existence. It is a place where memories are repressed. I want to link it with the guy who remembers everything. With that photo scene in the film, Boonmee's and my memories merge. 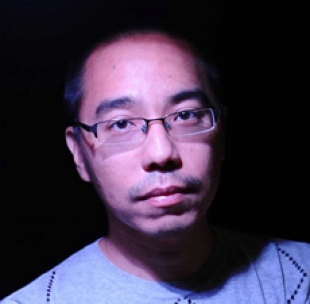 Uncle Boonmee Who Can Recall His Past Lives - review