A selection of films and a book about human trafficking and modern day slavery.

Twenty-seven million slaves exist in the world today including men, women, and children of all ages who are forced to toil against their wills in rug rooms, brothels, rock quarries, factories, and armies. This modern-day slavery exists in 150 countries and may bring in as much as $32 billion annually. That makes the slave trade the most profitable criminal activity in the world after drug sales and arms dealing.

The global campaign for human freedom begins with each and every one of us. You can begin by reading the suggested book and/or watching these films about this horrific industry. May you be inspired to speak out against human trafficking.

Not For Sale: The Return of the Global Slave Trade - and How We Can Fight It (Public Affairs) by David Bastone is an incisive book that gives an overview of the global slave trade epidemic and the heroic contributions of modern-day abolitionists to stop human trafficking.

Cargo: An intense drama about human trafficking and the yearning for freedom.

Holly: A bleak film about an American who tries to rescue a 12-year-old Vietnamese girl from Cambodia's sex business.

Lilya 4 Ever: A disturbing film about an abandoned Russian teenager who finds herself a victim in the global sex trade.

Lives for Sale: A documentary that examines the plight of undocumented immigrants and the growing problem of human trafficking.

Skin in the Game: A sobering portrait of human trafficking for sex in suburban United States.

Stolen Childhoods: A documentary about child laborers that convinces us that the degradation and slavery of any child diminishes us all.

Trade: A scary and poignant film that puts faces and feelings on the victims of the international trade in sex slaves.

The Whistleblower: A powerful true story about the transformation of a female Nebraska cop into a heroic whistleblower against sex trafficking in Bosnia in 1999. 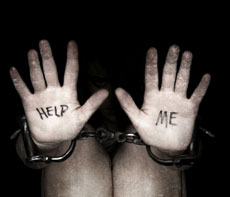