In the mesmerizing opening scene of this drama, we watch as Precious (Precious Mariam Sanusi) is subjected by a medicine man to a traditional juju ritual in Nigeria. This-17-year-old is headed to Austria to earn money for her parents. The intent of the ritual is to make sure that she will take up this work and stay with it for a long time; the medicine man retains some of her personal items that he can use against her and her family should she disappoint them. 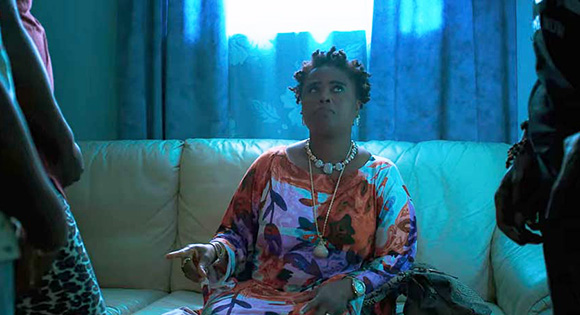 Arriving in Austria, Precious soon proves to be frightened of being with men and unwilling to perform the sexual acts required of her. Madame (Angela Ekeleme Pius), who has paid for her transportation and illegal entry into Europe, is enraged with this disobedient newcomer and has her raped by two of her male associates.

Joy (Joy Anwulika Alphonsus) is a savvy veteran prostitute who is told to take Precious under her wings and teach her the tricks of the trade. But when this self-absorbed young woman poses a threat to Joy's dream of paying off her debts to Madame and regaining custody of her young daughter, the tension between the two escalates. 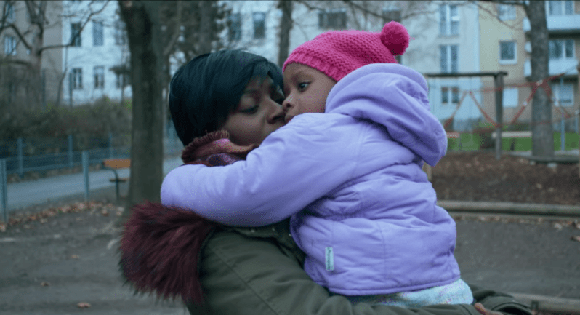 Films about sex trafficking usually focus on young women either sold by their families or kidnapped and shipped to a another country where they have little chance to escape their fate. Joy adds another wrinkle to this scenario. The Madame and others like her regularly visit Nigeria to "recruit" girls and women, who enter into an agreement that looks at first to be their choice, but they are victims nonetheless. And seeming to reinforce their exploitation is that religious ritual in Nigeria and the African Pentecostal Church services promising a better life that the girls attend in Austria.

It's no surprise that Joy won Best Film award at the 2008 London Film Festival. It reveals a world that is real and a phenomenon that is growing, making it an important film even if it is not easy to watch.

Films Boutique/Netflix, from May 2019 streaming on Netflix