Directed by Jessica Sanders
An extraordinary documentary about injustices rectified and innocent men set free after years in prison.

Try to imagine being in prison for many years for a crime you did not commit. The loss of the best years of your life would weigh on you heavily. Then there is the anger and the rage that wells up within you. And the frustration with the criminal justice system that has let you down. You are not the only one who feels the pain; it is shared with those closest to you who have been separated from you for so long. The physical and psychological toll on a person unjustly imprisoned for decades is staggering. This incredibly important documentary by Jessica Sanders tells the true stories of innocent men wrongfully imprisoned and then released after DNA evidence proved their innocence. Winner of a special jury prize at Sundance in 2005, After Innocence presents a sad and scary portrait of punishment in America.

Many of these men would have been executed if not for the DNA evidence that freed them, and that only reveals the dangerous situation that now exists where many prisoners on death row right now could also be innocent thanks to poor legal representation, mistaken identification, false witness testimony, police misconduct or other reasons.

At the heart of this documentary is the work of the Innocence Project, the human rights organization founded by attorneys Larry Scheck and Peter Neufield. Since 1992, they have worked to exonerate the wrongfully convicted through post-conviction DNA testing, and to implement reforms to prevent wrongful convictions. Vincent Moto served 10 1/2 years for a rape he did not commit. After eight years of freedom, he has not been able to find full-time employment and his criminal record has not been expunged. Moto has devoted a lot of time and energy to convince the Pennsylvania legislature to enact compensation for those wrongfully convicted in that state. Nicholas Yarris spent 25 years on death row and has become a crusader against capital punishment in Pennsylvania.

Dennis Maher served 19 years for rape and assault before he was exonerated. He now works the night shift as a mechanic for Waste Management and has received compensation from the State of Massachusetts after it became the 18th state to enact this legislation for the wrongfully convicted. Scott Hornoff was a police officer in Warwick, Rhode Island when he was convicted of murder. After six and a half years in prison, he was released after the real killer confessed to the murder. Hornoff speaks about the flaws in the criminal justice system and the tenuousness of our freedoms. Ronald Cotton spent eleven years in prison, and after being exonerated he decided to work with the woman who erroneously accused him of raping her. Together, they speak out on the dangers of placing too much emphasis on witness identification. Perhaps the most moving case is that of Wilton Dredge, who spent 22 years in prison and became the first Florida inmate to seek post conviction DNA testing. For three years the state opposed his motions on procedural grounds, and let him know that they would be against his release from prison even if he were found innocent! Watching this extraordinary documentary is a real emotional workout; these stories touch the heart. The film arouses our righteous indignation against the injustice suffered by these individuals. It also taps into our hopes that the time will come soon when the criminal justice system in America will be drastically reformed to make sure that hundreds of other innocent persons will not have to suffer as these men have suffered. Check out the Innocence Project website at www.innocenceproject.org 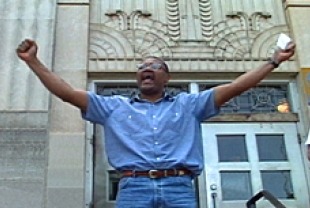 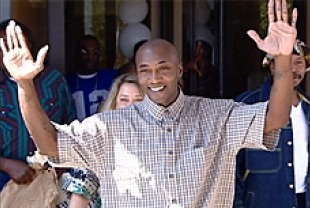 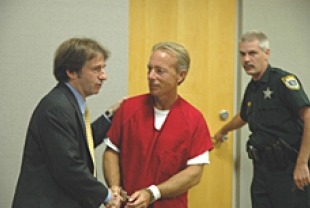