Directed by Roger Donaldson
Portrait of an enthusiastic man from New Zealand who proves that age is no impediment to fulfilling his dreams.

One of the most amazing things about enthusiastic people is the positive effect they have on others. Put an enthusiastic man or a woman in a room with others and suddenly things start to happen. No wonder the Ramayana states: "Enthusiasm is the greatest power. For one endowed with enthusiasm nothing in this world is impossible." That certainly describes the driving force behind this quirky and lovable movie written and directed by Roger Donaldson. In 1971 he made a documentary called Offerings to the God of Speed based on the true adventures of Burt Munro, a seventy-two year old motorcyclist from New Zealand with a passion for speed. This film version of his adventures covers a year in his life when he prepared and then journeyed to America to run his modified 1920 Scout motorcycle on Utah's Bonneville Salt Flats.

Burt (Anthony Hopkins) is an eccentric old man who lives by himself in a cinderblock hut. For twenty-five years he has had but one dream: to set a new land speed record at Bonneville, where the conditions are perfect for such an attempt. The couple next door do not appreciate him running his motorcycle engine early in the morning, but Burt has won the attention of their little boy, who listens eagerly to his talk about getting ready for the time trial.

His neighbors in the New Zealand community are also upset by the wild grass in his front yard and his habit of pissing on a lemon tree near his house. When the boy asks him why he does that, Burt replies that it adds needed fertilizer for the tree and illustrates that everything in life can be used. The man is an expert mechanic and has upgraded his 1920 Scout motorcycle with parts of his own creation. A club raises some money to help pay his passage to Los Angeles and he gets the rest by mortgaging his house. On the ship across the ocean, Burt serves as cook and dishwasher to pay for his fare.

Anthony Hopkins exudes delight in his colorful portrait of this passionate and idiosyncratic old timer. While others his age would be retired and spending their time on golf courses, Burt yearns to put himself and his motorcycle to the ultimate test.

From the time Burt arrives in California until he arrives at what he calls "holy ground" in Utah, this intrepid New Zealander faces one obstacle after another. His enthusiasm and ingenuity carry the day; people bend over backwards to help him out. They include a transvestite (Chris Williams) at a Hollywood motel, a used car salesman (Paul Rodriguez), a Native American who gives him a turquoise amulet for luck and some medicine for his prostate problems, a lonely widow (Diane Ladd) who has some welding equipment and a need to be cuddled, and an American competitor (Chris Lawford) at Bonneville who has great respect for Burt's skills as a mechanic and his determination to set a speed record aboard his ancient Scout motorcycle.

Here is a film that unabashedly celebrates the fact that even in old age, there is no shortage of good days. And as Samuel Ullman has stated: "Nobody grows old merely by a number of years. We grow old by deserting our ideals. Years may wrinkle the skin but to give up enthusiasm wrinkles the soul." One thing about Burt Munro: his soul is certainly not wrinkled!

DVD features include a commentary by director Roger Donaldson; Roger Donaldson's original 1971 documentary about Burt Munro Offerings to the God of Speed; a featurette "Southland: Burt's Hometown of Invercargill"; "The Making of The World's Fastest Indian" featurette; and deleted scenes. 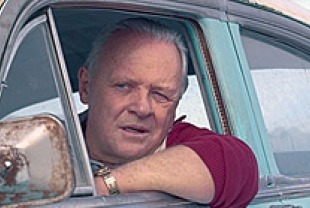 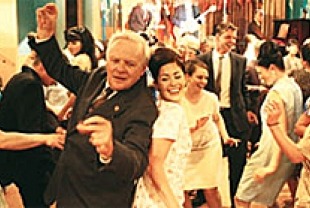 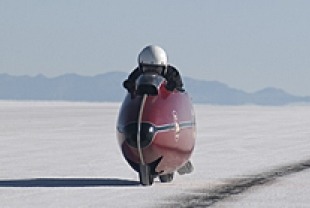