Directed by Chris Eyre
This delightful film pokes fun at the interface between life " on the rez" and the dominant white culture.

The first commercial feature film written, directed, and acted by Native Americans is one of the freshest and most emotionally appealing dramas of 1998. Victor (Adam Beach) and Thomas (Evan Adams) have been raised on Idaho's poverty-stricken Coeur d'Alene Indian Reservation. One is a taciturn athlete while the other is a socially awkward nerd. The two are drawn together when Thomas gives Victor the money he needs to travel to Phoenix where his estranged and alcoholic father has died. On the road they reminisce about the past and clash with strangers. Victor also learns more about his dad from Suzy Song (Irene Bedard), who was his friend.

Chris Eyre directs this vividly original take on Native Americans based on a 1993 short story collection by screenplay writer Sherman Alexie. Although Adam Beach is convincing as the angry son who must come to terms with his father's love and legacy, Evan Adams steals the spotlight as a storyteller who knows that truth must be told indirectly so it can wiggle its way into people's hearts. The film pokes fun at the interface between life on "the rez" and the dominant white culture. It also reveals how ritual and friendship can be healing medicine for anyone caught up in grief. 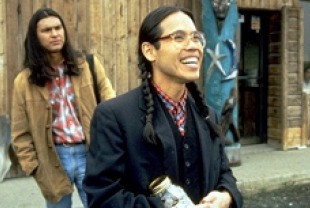 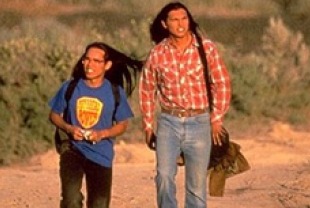