Directed by Hank Rogerson
A stirring documentary that depicts the salutary effects of prison inmates performing in an annual Shakespeare production.

Luther Luckett Correctional Complex in La Grange, Kentucky, was meant to hold 400 prisoners, but there are now 1,100 men there. The warden believes that the inmates need to be prepared for their re-entry into the world. Some 60 programs are offered at the prison including "Shakespeare Behind Bars," an inmate acting ensemble that has been doing an annual production for seven years.

Volunteer director Curt Tofteland sees himself as a facilitator. This year he has chosen to stage The Tempest because of its creative and thought-provoking treatment of redemption and forgiveness. Of course, it takes place on an island and what is a prison but a place where individuals are confined, isolated, and separated from the rest of society. We are introduced to the inmates, many of them serving long sentences for serious crimes, through rehearsals and personal interviews.

Hal, cast as Prospero, is an intelligent and articulate man who murdered his pregnant wife. He is still struggling with the emotional after-shocks of his crime and trying to come to terms with his shattered life. He offers guidance to Red, a newcomer in the Shakespeare troupe who plays Miranda and is very surprised to find parallels in his life with this 15-year-old character. Sammie, an African-American who has been in many plays, oversees 200 men working on a large data-entry project; he has been offered a job with the sponsoring company once he is paroled. Leonard, cast as Antonio, states that his role in the play has compelled him to think seriously about the feeling of redemption, of being "set free." He hopes that in the future he can make a positive contribution to society to balance off the crimes he committed. Even in prison, he is a pariah for sexually abusing seven girls. All of these inmates are moved by their participation in "The Tempest" to consider afresh their ideas about guilt, crime, power, and forgiveness.

Programs designed to bring out the best in prisoners, to enable them to face their crimes and move past them, are being tried here and there throughout the American penal system. Shakespeare Behind Bars, written and directed by Hank Rogerson and produced by Jilann Spitzmiller, is an inspiring work that demonstrates the value of such initiatives. The soul-searching of these men comes across as genuine; the acting provides them with a catharsis that is both healing and hopeful. In the end, after reading the footnotes on the lives of those in the Shakespeare acting troupe, we are left with a feeling that it is now time for parole boards to adapt a more humane and empathetic practice of forgiveness in their treatment of criminals who have changed their behavior and become better persons.

Special DVD features include a commentary by prisoners, filmmakers, and the program founder/artistic director; deleted scenes; bonus performance footage; and a troupe update. 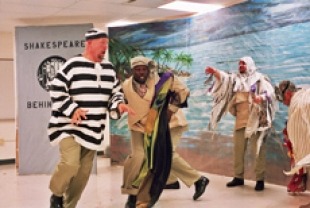 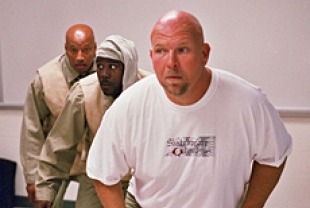 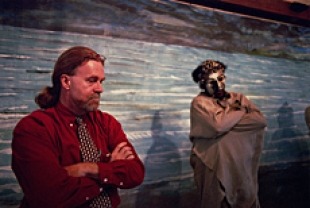