Directed by Mark Steven Johnson
A rare and wonderful testament to the ardor and resilience of faith; in these times that is enough to cheer about.

In the opening credits, this film, written and directed by Mark Steven Johnson, is listed as being "suggested by" rather than "based on" John Irving's beloved 1989 novel A Prayer for Owen Meany. The movie, however, is true to the novel's spirit.

Standing in a cemetery by a church, an adult Joe Wenteworth (Jim Carrey) admits that Simon Birch is the reason he believes in God. Then the film flashes back to the early 1960s in a small New Hampshire town.

Twelve-year-old Joe (Joseph Mazzello) has been labeled a bastard since his mother, Rebecca (Ashley Judd), has never told anyone who his father is. She lavishes love and attention upon both Joe and his lonely best friend, Simon Birch (Ian Michael Smith), a pint-sized curmudgeon who believes he has been put on earth as "God's instrument." This firm faith in his destiny enables him to endure the indifference of his parents, the ridicule of adults, and the relentless teasing of the other children. Simon is a prophet at the church he attends, much to the dismay of the Reverend Russell (David Strathairn) and a high-strung Sunday School teacher (Jan Hooks).

When Rebecca is killed in a freak accident, Joe begins an earnest search to discover the identity of his father. He is assisted by Simon and Ben Goodrich (Oliver Platt), his mother's boyfriend. Although Simon turns the Christmas Nativity into a ridiculous catastrophe, he has a shining heroic moment a few days later when the Sunday school bus crashes into a lake.

Throughout the story, Simon keeps insisting that "God has made me the way I am for a reason" and "God has a plan for everyone." Whereas others discount his belief, or suggest he not "overdo" it, Joe recognizes in the end that the little prophet was speaking the truth. Simon Birch is a rare and wonderful testament to the ardor and resilience of faith. In these times, that is enough to cheer about. 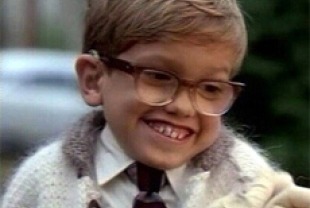