Directed by Carlos Saldanha
A frolicsome adventure for kids that celebrates diversity, facing one's fears, and relying on each other in troubled times.

The Ice Age is coming to an end thanks to global warming and the resulting big meltdown threatens to put the valley where all the animals live underwater. The only one who is making the most of the situation is Fast Tony (voiced by Jay Leno), an entrepreneurial armadillo, who sees the end of the world as a chance to make a few bucks. The animals we got to know in Ice Age really do not want to leave the valley. Manny (Ray Romano), the wooly mammoth; Sid (John Leguizamo), the sloth; and Diego (Denis Leary), the saber-toothed tiger, are still together as a makeshift family. And Scat, the crazy prehistorical squirrel/rat is still obsessively trying to gather acorns. He is on his own, and his little world is a mountain of difficulties and frustrations.

Sid is running a summer camp and just can't get any respect from the animals who are attending. When a Lone Gunslinger Vulture (Will Arnett) tells everyone that there is a ship to take them to safety at the end of the valley, the animals are skeptical. Manny convinces them to move since the dam filled with glacial water is about to break. Just when he was about to give up on the idea that any other mammals were left besides him, he stumbles upon Elle (Queen Latifah). She looks just like him but is convinced that she is a possum because that's what her two brothers Crash (Seann William Scott) and Eddie (Josh Peck) are. Manny has a hard time saying the right thing to this new member of their entourage, and she is just as independent and stubborn as he is.

Sid has his chance to be taken seriously when he discovers that Diego can't swim, a necessary survival skill in the new watery world. So the sloth challenges the tiger to face his fear. The group has several scary encounters with two nasty prehistorical reptiles who live under the ice and eager to devour anyone who breaks through into their dangerous realm.

Director Carlos Saldanha and the creators of Ice Age and Robots have come up with a delightful quest tale that kids will love. The zany antics of Scat get plenty of screen time; Sid has a private adventure; and the vultures even get their own bit of inspired whimsy in a clever take-off of the classical tune, "Food Glorious Food," from the 60s Broadway musical Oliver.

God loves diversity and has created a world of dazzling variety. Ice Age: The Meltdown celebrates this fact and salutes the yearning we all have to be respected and loved for our own distinctive and special qualities. When push comes to shove in a desperate race to survive, Manny, Sid, Diego, Elle and her two frolicsome little brothers all pull together despite their differences. At once point, Sid suggests that Manny and Elle are made for each other: "She's tons of fun; you're no fun at all. She completes you." That's it in a nutshell. We are all dependent on each other; we can't make it on our own. 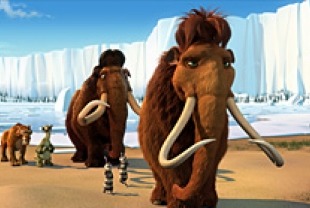 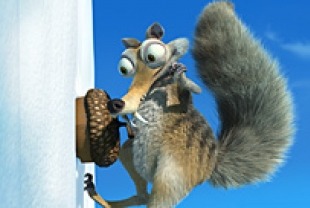 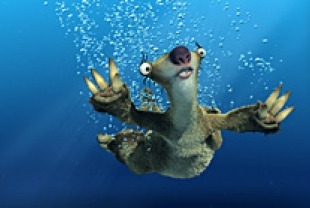 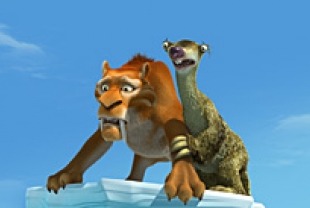 PG - some mild language and innuendo