Directed by Carroll Ballard
An extraordinary film that becomes a spiritual experience due to director Carroll Ballard reverence for the mystery of wild animals.

Peter (Campbell Scott) and his 12-year old son Xan (Alex Michaletos) are driving on a road in South Africa when they swerve to avoid hitting a small animal. Stopping to see what it is, they find a baby cheetah. Since the mother is nowhere in the vicinity (and has, we know from an earlier scene, been killed by lions), they decide to take the cub to their farm. Kristin (Hope Davis) is happy to see her family return and welcomes the cute newcomer. They name him Duma, the Swahili word for cheetah, and he is given the privilege of sleeping in Xan's bed.

As he grows in size, Duma's loud purr sounds like a musical instrument. And they clock him running at nearly 100 miles per hour. Peter reminds his son that despite how well the cheetah is fitting in on the farm, some day he will need to return him to the wilderness: "Duma's got to live the life he was born to. His wildness is something he knows without even knowing it. It's in his bones, in his blood. Like a memory."

Xan accepts his father's words but not without difficulty, especially when Peter dies suddenly and the last thing he wants to deal with is another loss. The family has to lease the farm and move to the city; Duma is to be given to a game reserve. But after the cheetah escapes from their apartment and follows Xan to school, the boy realizes that he needs to return him to his home in the wilderness.

It is a quest that will test his mettle and ingenuity. With Duma seated in the sidecar of an old motorcycle, he begins a long journey. He must pass through the Kalahari Desert, a merciless wilderness. After they run out of gas, boy and cheetah take shelter under the wreck of an old airplane. Fortunately, an African vagabond named Ripkuna (Eamonn Walker) comes along. He is returning to his family after failing to find work in the city. He is a survivor and knows how to find water. Of the territory ahead, he says, "That is a place of many teeth, my friend; that is a place to die."

To the physical challenges are now added mental and emotional ones. Can Xan trust Ripkuna, especially after he mentions that Duma could be sold for a lot of money? In one scene, they devise sails that turn the stalled motorcycle into a wind-driven machine that glides over the surface of the desert. In another, Xan and Duma are crossing a river on a raft; it capsizes into waters filled with crocodiles. And, all along, two questions loom large in the boy's mind: Will he be able to let Duma go, and will the cheetah be able to hunt and kill in order to stay alive and otherwise adapt to life in the wild?

This extraordinary film is directed by Carroll Ballard, who has created three classics about the interplay between human beings, animals, and the natural world. Black Stallion (1979) stands out as one of the best films ever made about a horse. Never Cry Wolf (1983), based on a Farley Mowat book, charts the transformation of a man who goes to live with wolves in the Arctic wilderness. Fly Away Home (1996) tells the wonderful story of how a 13-year-old girl helps a flock of geese migrate south from Canada. In each of these dramas, astonishing imagery matches the emotional clout of the stories.

In Duma Ballard proves once again to be a masterful filmmaker. His magical touch shines through every scene. On this quest with Xan you will understand the majesty and the mystery of wild animals. Ballard has great reverence for the cheetah, and by the end of the story you will too. This is what makes Duma into a spiritual experience as well as a riveting adventure. 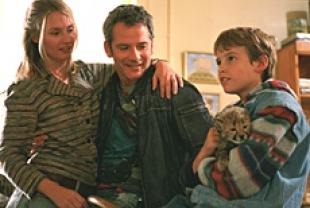 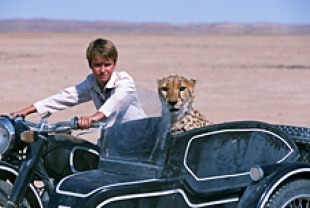 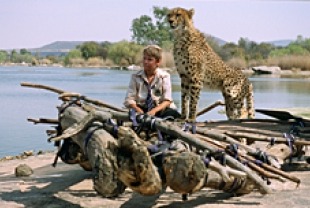 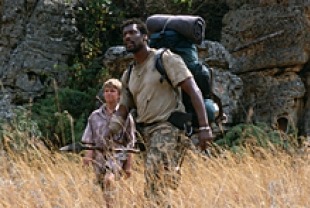 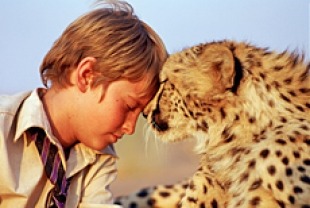