Directed by Patricia Foulkrod
A turning-point documentary which presents the truth about the war in Iraq in the profound and troubling words of veterans who fought there.

Vietnam veterans had some powerful truths to tell about war, killing, patriotism, duty, and honor, but few Americans listened to them. They returned home from war with physical wounds and emotional scars. Now the same thing is happening to those coming back from the war in Iraq. But thanks to Patricia Foulkrod, the courageous and perceptive director of this extraordinary documentary, these veterans can be our spiritual teachers. They are speaking truth to power, and we are called to listen and learn.

The documentary begins with scenes of recruiters for the American military targeting men and women of color and those who are confused about who they are and want to be. In a series of interviews, soldiers who enlisted give their reasons: getting money for college, serving the country they love, lack of job prospects, and escaping from the ghetto. They all agree that what are conspicuously missing from the recruitment pitches are any references to shooting civilian women and children, torture of those held for questioning, or the trauma that they could bring back with them from the war zone. Here are some facts, as of June 2006:

• The war in Iraq is now in its fourth year.

• From 2003 through 2005 calendar years, 210 active/deployed U.S. Army soldiers have committed suicide. The number has risen in each successive year, and the 2005 toll is the highest since 1993.

• An estimated 1,600 children have lost a parent to the wars in Iraq and Afghanistan,

• Defense CEOs make 160 times the pay of an army private in combat.

• 95% of Army Reserve Soldiers in Iraq and other Middle East bases are experiencing significant pay/compensation problems.

The training of soldiers for the Iraq war is depicted in all its dehumanization as these young men and women are whipped into shape as efficient killing machines. They are advised to respond with aggressive violence in every situation and to see everybody in the country, including civilians, as the enemy. Or as Charles Anderson, who served in the U.S. Navy puts it, "You don't go to war in a country and not go to war with its people." Iraqis are portrayed in chants and other brainwashing techniques as people who deserve to be exterminated. All this training leads soldiers to actually look forward to the situation where they will kill someone "just to see what it is like." The warrior myth of training camps also includes a strict adherence to duty and obeying orders.

Segments from the actual war in Iraq give us a sense of the terror these soldiers feel as they face the threat of death from gunfire or explosives every day. Two veterans give accounts of murdering civilians in cold blood: one is in a tank that runs over a child; another shoots a woman who turns out to have had a white flag in her purse. Whereas the news media covering the war never uses the word kill, it is a constant in the lives of these soldiers who see their comrades die and often respond in revenge, taking out whoever is handy.

• The three most common physical health problems for war veterans are musculoskeletal ailments (principally joint and back disorders), mental disorders, and dental problems.

• Because of better equipment and medical treatment, the survival rate for injured soldiers is higher than in previous wars; many are now living with severe disabilities.

• 35% of Iraq veterans have already sought out mental health services.

• 1 in 3 homeless Americans are military veterans.

• In 2005, the VA forecasted a $2.6 billion shortfall for meeting the growing health care needs of U.S. veterans.

"We put everything that we are, and everything that we ever will be, on the line when our country asks us to do so. . . . You expect them to fulfill their commitment to you, just like you don’t hesitate to them," says Sean Huze, a corporal in the U.S. Marine Corps who has just completed a play which addresses Post Traumatic Stress Disorder (PTSD). The last section of The Ground Truth takes a hard look at the unconscionable treatment of those who risked their lives and served in Afghanistan and Iraq. It is amazing and morally distressing that a country that spends so much money on the engines of war and the technology of killing can spend so little to take care of the veterans when they come home.

There are heart-breaking interviews with the loved ones of these veterans who share the pain of their difficult ongoing journey. Nickie, Sean Huze's wife, speaks for many of them: "I was blessed that he was home. . . . and not in a body bag or coffin, but a part of him died over there and I don't think . . . I take that back, I know he'll never be the same person." She's speaking not only about those who have lost hands, arms, legs, or walk the streets with disfigured faces or bent and broken bodies. Equally tragic is the plight of those who are troubled by PTSD, also known as shell-shock or combat fatigue. Symptoms include depression or anxiety which is manifested in nightmares, flashbacks, extreme emotional detachment, and survivor's guilt. One couple talks about their son's suicide, and an articulate African-American talks about his constant fear that one day he will take his own life. As these veterans struggle with the demons of war, the Department of Defense has been busy trying to deny the scope and reality of PTSD and failing to take responsibility for those suffering from the disease.

The Ground Truth is a clarion call to action for citizens and Iraq veterans to work together to bring an end to this senseless operation. The filmmaker gives the last word to Camilo E. Majia of the U.S. Army who refused to return to Iraq and spent nine months in prison: "There is no higher freedom that can be achieved than the freedom we achieve when we follow our conscience, and that is something we can live by and never regret." 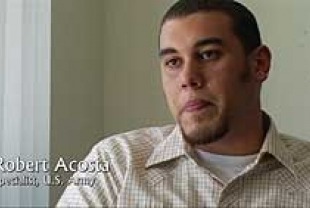 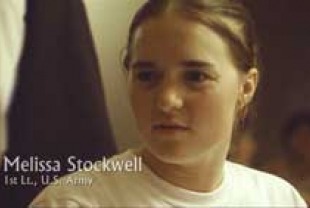 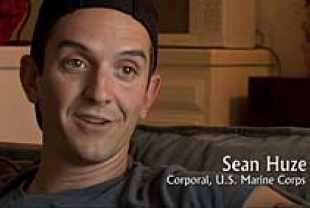 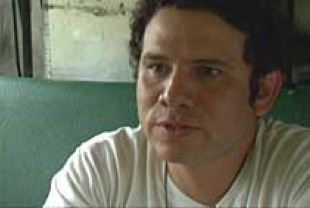 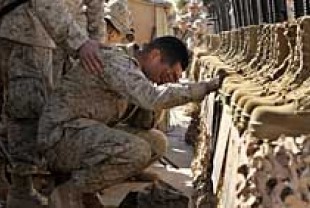