Directed by Abderrahmane Sissako
A gritty and gutsy examination of how African nations are suffering incredible hardships and poverty under the boots of Western globalization policies.

In the West, globalization has been lionized as the best means of lifting up underdeveloped nations and giving them a shot at the benefits of consumer society. But in many African countries, the people are struggling for air as the World Bank, the International Monetary Fund and other institutions refuse to take their boots off their necks. The gifted and gutsy Mauritanian film director Abderrahmane Sissako focused on the plight of immigrants in Waiting for Happiness. In this cleverly conceived drama, he takes on the West and its attempt to control and dominate Africa, a continent sinking in economic debt and struggling to hang on to its natural resources as rich and powerful corporations swoop down from the sky like vultures to gobble up everything for their own use.

In a poor neighborhood in Bamako, Mele (Aissa Maiga), a stunningly beautiful bar singer, and her unemployed husband Chaka (Tiecoura Traore) have a marriage that is on the rocks. Around them others are not able to make ends meet. In the courtyard of their house, a trial court has been set up. African civil society spokemen have taken proceedings against the World Bank, the International Monetary Fund, and other institutions that have been responsible for bringing most African countries to financial ruin. Many of these nations spend about ten billion dollars on debt service every year while public services such as health and education are slighted. To make matters worse, privatization of water, schools and other aspects of life put further burdens on the poor.

Unlike other movies which have alluded to this problem, Bameko gives the poor a chance to speak their minds. We listen to the laments of a farmer, a fabric dyer, a unemployed teacher, an immigrant, and the former Malian Minister of Culture. Meanwhile, life continues around the hearings as women attend to their daily chores, kids play, babies wander about, and a couple gets married. For comic relief, Sissako has even included a cowboy sequence with American actor Danny Glover and Palestinian director Elia Suleiman.

The high point in the movie comes when a tribal shaman chants his own testament in a voice that contains all the pain and agony and isolation of the poor. Bamako shows the ugly face of colonization in its new dress of globalization. No matter how you dress it up, it still has the same contempt for human life in the name of progress. 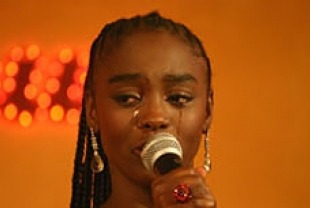 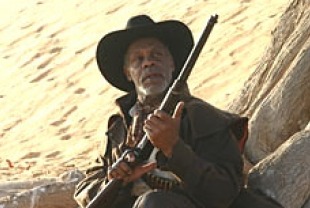 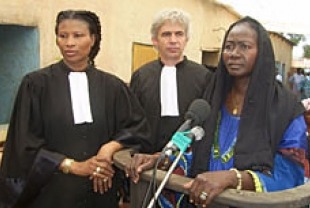