Directed by Thom Fitzgerald
Three riveting dramas about the AIDS crisis set in South Africa, China, and Canada that open our eyes and our hearts to victims of this dread disease.

• 4.9 million people became newly infected with HIV in 2005, including 700,000 children. Of these, 3.2 million new infections occurred in Sub-Saharan Africa.

• Worldwide, only one in ten persons infected with HIV has been tested and knows his/her HIV status.

Canadian writer and director Thom Fitzgerald has made a sprawling and multidimensional three-part film that opens our eyes and hearts to the nightmarish and shocking dimensions of the AIDS crisis on a global scale. We've seen touching and intimate dramas about individuals and gay communities facing this epidemic but nothing on this scale. It reveals that poverty and lack of education about AIDS are two of the major problems in areas where the crisis is especially severe.

In South Africa, three nuns in the order of the Mission for the Propagation of the Faithful arrive on the Wild Coast of South Africa to convert Africans dying of AIDS to Christianity. Sister Clara (Chloe Sevigny) is deeply saddened when she sees the poverty of these people and the plight of those whose mothers and daughters have died of the disease. She watches the doctors treating the patients and is quite upset when her superior, Sister Hilde (Olympia Dukakis), makes it clear that they have not been sent to this place to help those who sick but to make them into good Catholics.

Despite this, Sister Clara becomes involved in an effort to assist a family of orphans. After her daughter dies, the elderly mother takes on the challenge of raising her children. Sister Clara is appalled to learn that a little girl in this group was raped by a man attempting to rid himself of HIV by having sex with a virgin. As the tensions in the community escalate, Sister Clara turns to Mr. Hallyday (Ian Roberts), a wealthy plantation owner, for the kind of help that comes with power and money. In exchange she sacrifices something very precious to her to bring about changes in the African community.

In mainland China, Jin Ping (Lucy Liu) travels from one rural village to another paying poor farmers and peasant five dollars for their blood donations. Tong Sam (Tanabadee Chokpikultong) desperately wants to get in on this deal but is turned down because he has the flu. He then lies about his daughter's age so her blood can be sold twice a month. But then his little girl (Yotaka Chorkreaw) and wife get very sick and die along with many others in the village. Tong Sam wants to know more about the safety of the clinic's blood draws run by Jin Ping, and he sets out on a mission to discover the truth. Here as in the drama set in South Africa, poverty drives people to put themselves and their loved ones in jeopardy.

Writer and director Thom Fitzgerald has created these three stories about people in South Africa, China, and Canada to explore the crisis of AIDS. He makes it quite clear that although the circumstances are different in each drama, these people are united in a common endeavor to protect their families and to find meaning in the universal rituals that punctuate life and give it meaning, whether initiation rites of young men, weddings, or funerals.

Fitzgerald is hopeful that 3 Needles will contribute to an increased knowledge and awareness of this disease. The world community desperately needs more concerned people to turn the tide on AIDS and work together on prevention and treatment efforts. If 3 Needles can spur them to action, it will have done a very worthwhile thing. 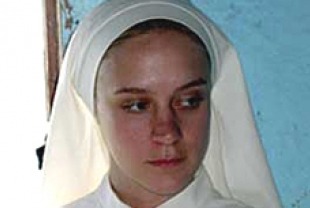 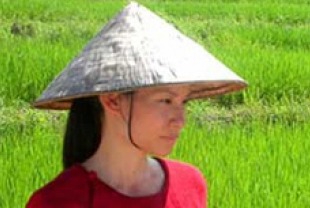 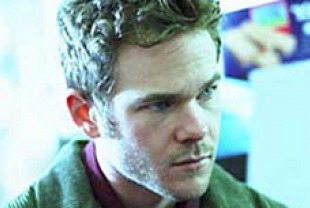