Directed by John Curran
A beautiful and very believable story, set in China in the 1920s, about the personal transformation of a married couple.

Dr. Walter Fane (Edward Norton) spots Kitty (Naomi Watts), a beautiful upper-class London socialite, descending the stairs at a party and is swept off his feet with infatuation. He introduces himself to her but fails to make an impression. Time passes as Kitty's mother frets that her spoiled daughter will never marry properly. When the doctor awkwardly proposes to Kitty, she is sure only of three things: he would not be her choice of a mate; she doesn’t see how she could ever come to love him; but at least he's a way to get away from home and start a new life for herself. And so she agrees to marry the bacteriologist who has been posted to Shanghai, China. The year is 1925.

In a telling scene that says much about what Kitty desperately desires, she and Walter attend a Chinese opera and wind up sitting with Charles Townshend (Liev Schreiber), the British Vice Consul in Shanghai who is there with his wife. When Kitty asks for a description of what is going on, he makes up a plausible explanation about a woman living a dull life of drudgery who yearns for a love that will sweep her away. It is as if Charles knows her innermost feelings, and she begins an affair with him.

When Walter finds out about her adultery, he is very angry and immensely disappointed in her. Kitty turns to Charles in the hopes that he will leave his wife but is shattered when he refuses to do so. Meanwhile, Walter has volunteered to go to the remote village of Mei-tan-fu where a doctor is desperately needed to deal with a cholera epidemic. He insists that Kitty go with him. By now, they are barely speaking.

The Painted Veil is directed by John Curran (We Don't Live Here Anymore) based on W. Somerset Maugham's novel. The book has been adapted for the screen by Ron Nyswaner (Philadelphia). This extraordinary movie deals with the ways in which a marriage in ruins is slowly and inexorably repaired as two disappointed individuals struggle in an alien and dangerous environment to find common ground and the love that has so far eluded them. The second half of The Painted Veil is filled with surprises that come from each character as they make decisions which show their resilience in the face of death and danger.

Many Chinese in the village have already died of cholera, and adding to the tension, Nationalists from the area are stirring up hatred against all outsiders. Walter and Kitty as British citizens are targets of this animosity, especially when he tries to get the Chinese to change how they deal with the dead; the traditional way is to keep the body at home until the spirit departs, but Walter orders immediate burials. He also needs to find a new source of water for the village once he discovers that the well and the nearby river are contaminated.

While Walter expends himself on his work, Kitty spends some time with Deputy Commissioner Waddington (Toby Jones) and then comes under the influence of the Mother Superior (Diana Rigg) at the local convent, which also serves as an orphanage. This calm and dedicated woman, who considers herself married to God, has much to teach Kitty about persevering in love. It's not easy; you may often be disappointed; but "When love and duty are one, then grace is within you." Kitty volunteers to use her skills as a pianist with the children. Her heart begins to soften toward Walter when she realizes his commitment to and compassion for the sick and the dying.

The Painted Veil is a beautiful and very believable story of transformation. Both Walter and Kitty come to respect each other's flaws and vulnerabilities as human beings. They realize that the qualities they looked for at the beginning of their marriage were unreal constructs they brought into the relationship and not the reality of who they were. The process by which they get in touch with their true selves and see each other as whole beings makes for an engrossing and eventually heart-opening film experience. 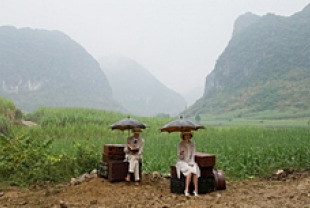 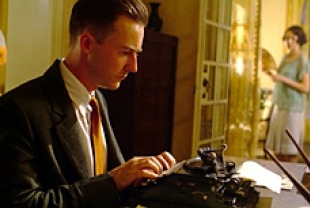 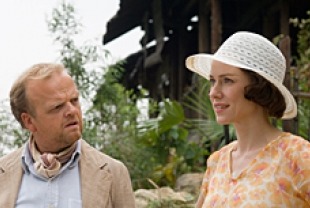 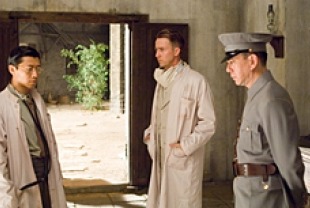 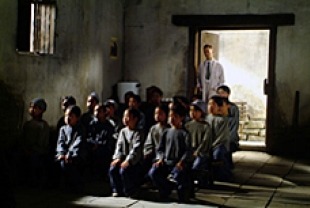 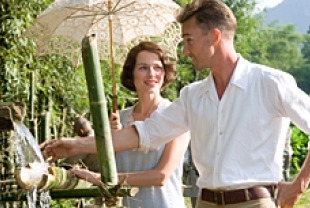