Directed by Roger Michell
A touching and winning film of a veteran actor who opens our hearts to the bounties of a life animated by kindness and pleasure.

The spiritual practice of kindness — acts of charity, generosity, and thoughtfulness — frees us from the isolation and alienation that are so rampant today. When we reach out to others, we open our hearts and theirs as well. Kindness is first of the three great treasures advocated by Lao Tzu. The Buddha taught it as an essential sign of an awakened mind, and, indeed, the Dalai Lama has said that his religion is kindness. Muhammad regarded kindness as a mark of faith. Jewish and Christian ethics are built upon deeds of kindness, as are the daily interactions of people of primal traditions.

Venus reminds us of a quote from Ian Maclaran: "Be kind for everyone is carrying a heavy burden." The story focuses on some elders with their own burdens. Maurice (Peter O'Toole) is a veteran actor who in the last stage of life spends time with his friend Ian (Leslie Phillips), a worry wart who constantly grouses about his high blood pressure and nerves. The two old men reminisce about their careers and still occasionally get an acting job. Maurice jokes about playing another old geezer who dies in a movie. As they scan the obituaries, they wonder how many lines they will get about their lives. They often rib each other. When Ian says it is time to consider writing his memoirs, his friend says, "That won't take long." In one of the best scenes about their camaraderie, they share a magic moment in the back of a church where various theatrical stars are buried. When a string quartet begins to play something, Maurice and Ian take each other as dance partners and are transported to another era in their minds.

When Ian's grand niece Jesse (Jodie Whittaker) shows up at his modest flat to be his live-in helper, Maurice is quite taken with this 19-year old girl, who has a lower-class background and a very large chip on her shoulder. He derives an immense amount of pleasure just looking at her body. At first, Jessie regards him as nothing more than a dirty old man but then she begins to realize that he genuinely appreciates her. Ian carps about her caregiving, and she doesn't really try very hard. Maurice takes her to the theatre and then to a club where she gets drunk. When he learns that she needs a part-time job, he gets her a job as a nude model. In a trip to an art gallery, he explains the beauty of the body as they contemplate a painting of Venus by Velasquez.

Venus is carried by an Academy Award caliber performance of Peter O'Toole. Director Roger Michell has a knack for bringing out the best in actors and actresses. The screenplay by Hanif Kureishi gives O'Toole plenty of room to demonstrate his acting chops as he recites scenes from plays he's done, exchanges comic barbs with Ian, and conveys incredible yearning through his expressions in Jessie's presence. She is a sullen and angry girl whose mother wished she never had given birth to her and whose boyfriend mistreated her badly. Maurice's many small kindnesses make her feel uncomfortable yet slowly his attention begins to transform the way she feels about herself and others.

Over the years, Maurice has stayed in touch with Valerie (Vanessa Redgrave), his ex-wife and the mother of his three children. Seeing him in a movie showing on television while he cooks her dinner, she remarks on how gorgeous he was as a young actor. But that moment of reverie is shattered when Valerie recalls that the actress in the movie was the one that he left her for. Maurice admits that pleasure has always been the animating force in his life. But for him it is something beyond selfishness or hedonism. In the touching last scenes of the film, we see how palpable and life-affirming his kind of pleasure can be. Venus opens our eyes and our hearts to the bounties of small kindnesses. 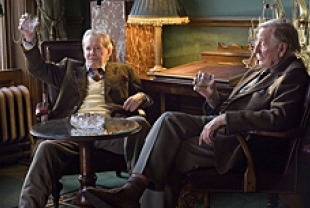 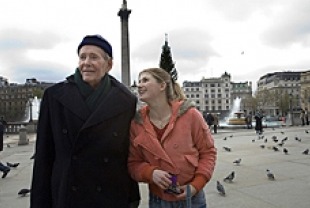 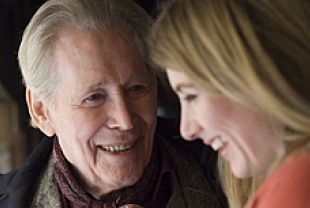