Directed by McG
An inspiring story that shows how sports can be a healing force in times of loss and grief.

In The Sweet Hereafter, Canadian writer and director Atom Egoyan did a fine job adapting Russell Banks's 1991 novel about a town mourning 14 children who died when their school bus crashed and fell into a lake. Based on true events, We Are Marshall tells the story of a small town, Huntington, West Virginia, trying to cope with the loss of 62 citizens in a plane crash in the Appalachian Mountains on November 14, 1970. Those on board included 37 players and eight coaches from the Marshall University football team along with 25 Huntington fans who had cheered their "Thundering Herd" after a game in North Carolina.

In the aftermath of the tragedy, the university president, Donald Dedmon (David Strathairn), decides to suspend the football program for the season — perhaps indefinitely. Some people in the community are in favor of a transitional period of healing to honor the dead. But others in town, including many Marshall students, are determined to start a new team as a tribute to those who passed away so young.

Nate Ruffin (Anthony Mackie), a member of the football squad who had not gone to the game because of an injury, spearheads a drive to convince Dedmon and the university's Board of Directors to restore the team. His roommate, Tom (Brian Geraghty), is overwhelmed by the loss of his friends and has no interest in joining his friend on the field. Paul Griffen (Ian McShane), a widower who lost his beloved son in the crash and was one of the team's biggest supporters, opposes the creation of a new team. Equally taken aback by the notion is his son's fiancée, Annie Cantrell (Kate Mara), who works in the restaurant where Griffen usually dines; she is having a hard time overcoming her feelings of despair about her own future. But Nate carries the day, and it falls upon the university president, who has little knowledge or interest in the sport, to find a new football coach. Red Dawson (Matthew Fox), the assistant coach, is not interested in the position; he didn't get on the plane at the last minute and has a classic case of survivor's guilt.

After many prospects turn him down, Dedmon travels to Wooster, Ohio, to meet Jack Lengyel (Matthew McConaughey). He is an eccentric man with some personal quirks and an unorthodox view of the game. But as a teacher, father, and coach, he recognizes the special challenges he will face in a community split and shattered by loss and grief. His enthusiasm and can-do attitude enable him to work wonders with a new team of rookies. He even convinces Dawson to join him. But can they honor their lost teammates if they don't win?

We Are Marshall is directed by McG from a screenplay by Jamie Linden and a story by Cory Helms and Jamie Linden. It poignantly conveys the townsfolks' struggle with their grief as the new Thundering Herd begins its quest to make football history. In this drama, sports serves as a healing force. Lengyel and Dawson are not miracle workers but they use their love of the game and their understanding of the players' feelings to inspire them to do their best. Here is another sports movie that keeps us cheering long after the last game in the story is played. 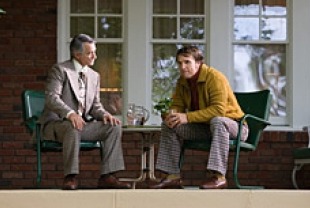 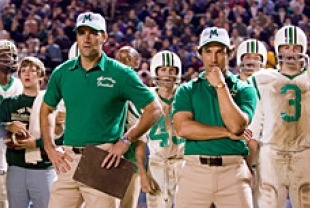 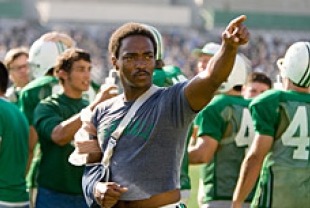 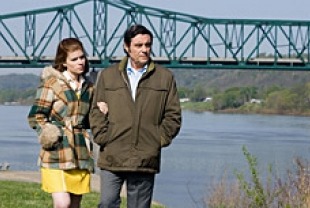 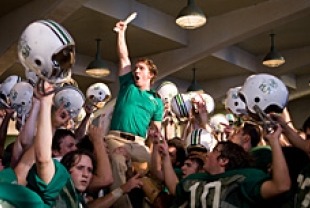