Directed by Gabor Csupo
A top-drawer screen adaptation of a Newbery Award-winning novel about two children who become friends and use their imaginations to transform their everyday world.

The spiritual writer John O'Donohue has observed, "Where the imagination is awake and alive, fact never hardens or closes but remains open, inviting you to new thresholds of possibility and creativity." This faculty traffics in images, symbols, myths, and stories. It entails the capacity we all have for creative expression and adventuresome living. Yet, despite all the energy that emanates from imagination, many still hold a dim and disparaging view of it. Unfortunately, these people associate imagination with "imaginary" and its connotation of " unreal."

Bridge to Terabithia is based on a the Newbery Award-winning 1977 novel by Katherine Paterson. This wonderful story of two lonely children who become close friends celebrates imagination as a spiritual resource that provides solid and substantive ways of dealing with the very real and palpable challenges of fear, self-doubt, stress, loss, and those who are perceived as enemies.

Jess Aarons (Josh Hutcherson) is a lonely young boy who lives with his large family of four sisters who mostly ignore him. His stern father (Robert Patrick) works at a hardware store, and his mother (Katrina Cerio) is constantly worrying about their bills. At school, Jess is constantly harassed by two bullies. Trying to prove himself, he enters a foot race but is beaten by Leslie Burke (AnnaSophia Robb), a new girl in his class who turns out to be his next-door neighbor. She is the only child of two writers who work at home and don't have much time for her. At school, she earns the enmity of the girls at school when her essay is signaled out for its creativity.

It doesn't take Leslie long to realize that Jess is special. She sees some of his drawings and praises him as being very talented. They become friends, and she introduces him to the delights of the world of imagination. Running through the woods near their homes, they discover a rope swing over a stream. She immediately grabs hold and flies across, inviting Jess to join her in a magical and mythical kingdom they name Terabithia. They stumble upon an old tree house and fix it up as their private place where they can come to on a regular basis and share stories. Leslie gives Jess a set of paints so he can add a new dimension to his drawings. Together they test their physical prowess and inner power is encounters with giants, vultures, and strange beasts they call squogres.

Gabor Csupo directs this heart-felt story of friendship and the power of the imagination to work wonders in the lives of children. Although lots of time and energy is put into visual effects and the creatures encountered in Terabithia, the emotional undertow of the story comes from Jess and Leslie's experiences in the real world of tough teachers, bullies, and indifferent parents. They take what they learn in the imaginal realm and apply it in their daily lives. For example, a girl (Lauren Clinton) who terrorizes all the others by charging a fee to use the playground bathroom singles out Jess's little sister May Belle (Bailey Madison) for some torment. The two friends come up with a plan that embarrasses her in front of everybody on the school bus. But when they later discover she has personal problems and is as vulnerable as they are, they empathize with her and re-envision her as a friend.

A teacher at the school who has a reputation for being a disciplinarian surprises Jess when she reaches out to him in a moment when he desperately needs an adult's sympathy. Emboldened by Leslie's affirmation of his drawing, he accepts an invitation by Miss Edmunds (Zooey Deschanel), a music teacher, to go with her to an art museum, something he has never done before. In each of these situations, Jess's imagination is stretched in ways that would never have been possible before his visits to Terabithia.

Leslie tells Jess "Just close your eyes and keep your mind wide open." Many strange and edifying things can happen when the imagination is given free reign in our lives! It transports us to new thresholds of possibility and creativity.

Special DVD features include audio commentary; featurettes: "Digital Imagination: Bringing Terabithia to Life" and "Behind the Book: The Themes of Bridge to Terabithia"; and the music video "Keep Your Mind Wide Open." 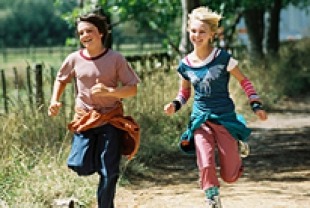 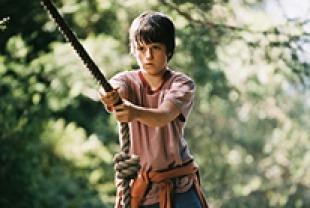 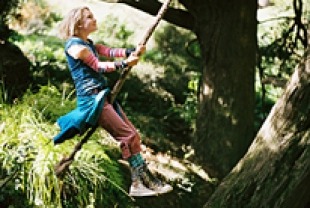 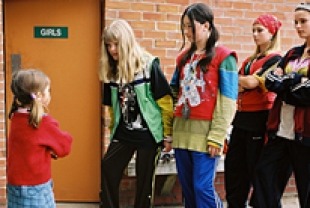 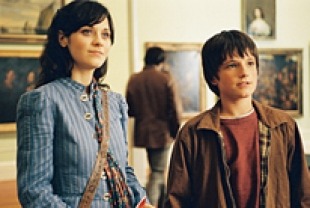 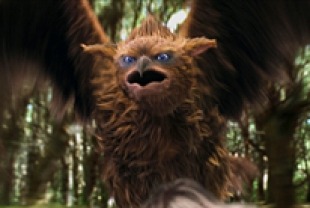 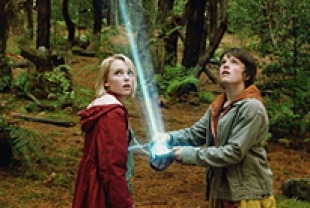