Directed by Mira Nair
An astonishing film about a Bengali family and their experiences in Calcutta and Manhattan as they deal with divided loyalties and yearn for love, freedom, and meaning.

In India, Ashoke (Irrfan Khan) miraculously survives a train wreck that kills all the other passengers; his injured body is noticed by searchers after some pages from a book by Nikolai Gogol are seen fluttering in the dark. He goes to study in America but returns to his home in Calcutta when his parents arrange a marriage to Ashima (Tabu), a true beauty. They move to a small flat in New York City to begin a new life together. She is quite lonely a lot of the time as Ashoke is gone long hours at his teaching job. She writes home about the conveniences of American life, running water and gas available 24 hours a day. But she still misses her old life with its predictable rhythms and relatives.

Everything changes with the birth of a baby boy. Rushed by the hospital to give the baby a name for the birth certificate, they name him Gogol after Ashoke's favorite author. Later, he is given the real name of Nikhail. But on his first day of school, the child decides he wants to use his pet name Gogol. For many years to come he will struggle with the name and its many meanings and references.

Ashima gives birth to a daughter, and they move into a suburban home. The parents cling to their Bengali roots and customs but the children as adolescents grow farther away. On a family trip to Calcutta, Gogol (Kal Penn) and Sonia (Sahira Nair) are appalled by the poverty in the city and the quaint rituals and religious rites performed around them in their extended family circle. But all their feelings of alienation from India are stilled when they visit the majestic and awe-inspiring Taj Mahal.

Gogol changes his name back to Nik when he goes to Yale for a degree in architecture. He falls in love with Maxine (Jacina Barrett), a super-rich blonde who feels awkward during her first encounter with Nik's parents and their traditional Bengali ways. In one of the film's most poignant moments, Ashoke takes his son for a drive, stops the car, and tells him the real reason he was named Gogol. Later, still searching for his own identity apart from his immigrant parents, Nik begins a romantic relationship with Moushumi (Zuleikha Robinson), a nerdy Bengali girl he met years ago at a family get-together who has now bloomed into a stunning and self-confidant woman after studying in France.

The Namesake is based on a bestselling 2003 novel by Jhumpa Lahiri and has been beautifully adapted for the screen by Sooni Taraporevala. Director Mira Nair (Vanity Fair, A Monsoon Wedding) does an incredible job telling this complicated story that spans two continents and two generations. The outstanding cinematography of Frederick Elmes vividly conveys the hugger-mugger of the streets of Calcutta and the stately backdrop of Manhattan where Ashoke and Ashima spin out the story of their lives.

At the heart of the film is the astonishing performance by Tabu, a beautiful Indian actress who conveys Ashima's long-suffering adaptation to life in America and her growing and steady love for her husband. She struggles with her children's lack of respect for Indian tradition and is somewhat hurt by their selfishness during adolescence. But her patience pays off dividends as the years pass. Ashima takes a job at a library where she makes an American friend. By the end of the film, she has worked out her own peace with both her Indian roots and America.

The other touching performance is by Kal Penn as Nik/Gogol, a young man whose yearning for freedom is palpable. He struggles to define his own path apart from his family but is drawn inexorably back into their orbit thanks to some pivotal events. By chance he finds a book by Gogol which his dad gave him when he graduated from high school. He remembers a line from Dostoyevsky: "We have all come out from under Gogol's Overcoat." There are universal elements in this Russian author's stories that touch us all. And as the members of this lovable Bengali family play out their destinies in Calcutta and New York City, we identify with their divided loyalties and their yearning for familial love, freedom, and meaning.

Special DVD features include: audio commentaries by director Mira Nair; alternate and deleted scenes with optional commentary; Behind the Scenes: 1. "Fox Movie Channel Presents: In Character with Kal Penn" and 2. "Photography as Inspiration"; featurettes: 1. "The Anatomy of The Namesake: A Class at Columbia University's Graduate Film School" and 2. Kolkata Love Poem. 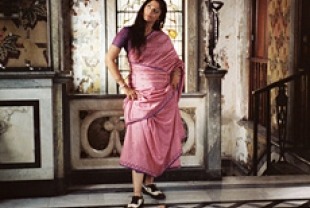 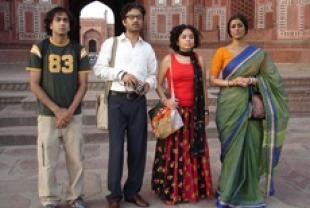 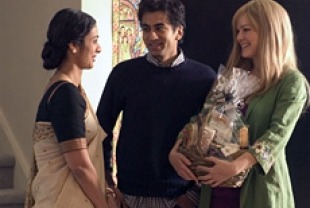 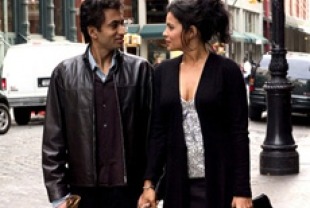