Directed by Karim Ainouz
A feisty single parent's startling plan to pull herself out of poverty by moving to another city.

Hermila (Hermila Guedes) and her baby son have returned home to Iguatu, Brazil, after living in San Paulo. Her plan is to wait for her husband Mateus to wrap up some details so they can start their own business. She moves in with her grandmother and Auntie Maria (Maria Menezes) who are very glad to see her and the cute infant. Hermila starts selling raffle tickets to those who want to win a bottle of whiskey. It is something to do while waiting for her husband. She bumps into her old boyfriend Joao (Joao Miguel), who is very happy to see her, and makes a new friend, Georgina (Georgina Castro), who is a prostitute. They are the only two women in town who dance wildly on the weekends, throwing all their cares to the wind.

But when Hermila learns that Mateus has moved and can't be reached, she senses danger on the horizon. His mother confirms that he is not coming to Iguatu and tells her that she should have expected as much, as he is only 20 years old. Hermila takes a job washing cars and then comes up with a scheme to take her to another city: she sells raffle tickets where she is the prize — "one night in paradise." The machismo men in the town purchase tickets but the women in the community are angered by the scheme and spread vicious rumors about Hermila, which eventually reach her grandmother.

Writer and director Karim Ainouz has made a sturdy film about a feisty woman who comes up with a daring plan to take charge of her own life and provide for her child. The drama graphically depicts the poverty that is the plight of single mothers around the world. Hermila Guedes puts in stellar performance in the lead role as a woman who refuses to give up when she is backed against the wall. 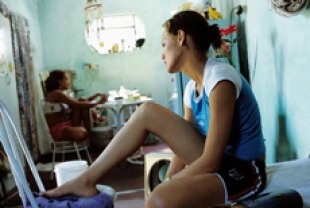 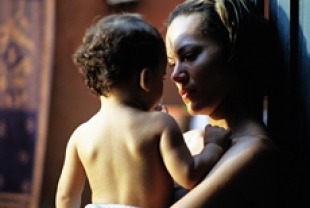 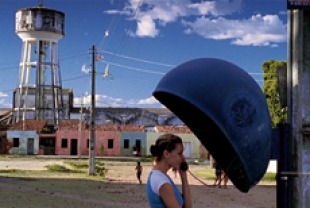