Directed by Steven Soderbergh
A fast-paced lark of a movie that makes it clear that in this cruel and crafty world, friends have to stick together.

The Three Musketeers had it right: "All for one and one for all." In this cruel and crafty world, friends have to stick together. And even when you are doing bad things, some charity might bloom.

In the third installment of the Ocean's franchise, director Steven Soderbergh keeps things moving along briskly. Danny Ocean's (George Clooney) friend and mentor Reuben Tishkoff (Elliott Gould) is given a raw deal by greedy and sleazy casino operator Willy Bank (Al Pacino) in a partnership to run the newest casino in Las Vegas. The betrayal sends him to the hospital with a heart condition. Danny tries to convince Bank to do the right thing by Reuben but he refuses. So the gang re-assembles and decides to bring Bank down by destroying his operation on opening night. Rusty (Brad Pitt), Linus (Matt Damon), Virgil (Casey Affleck), Turk (Scott Caan), Basher (Don Cheadle), Frank (Bernie Mack). Livingston (Eddie Jemison), Shaobo Qin (Yen), and Saul (Carl Reiner) all have their parts to play in the complicated operation which involves rigging machines and winning at all the gambling tables. The biggest challenge of all is knocking out a super-computer security system called Greco.

This breezy flick contains many funny and witty scenes that involve a prosthetic nose, a powerful aphrodisiac, a diamond necklace, a segment on the Oprah Show, a strike by underpaid workers at a Mexican factory, and a letter from Basher designed to cheer up Reuben. Also featured in the story are Ellen Barkin as Bank's controlling and power-hungry assistant, Andy Garcia as a casino owner who hates Bank, and David Paymer as a hotel reviewer who has more than he can handle in his brief stay at the Bank. Ocean's Thirteen is a fast-paced lark of a movie that will have you cheering for and laughing with these friends. 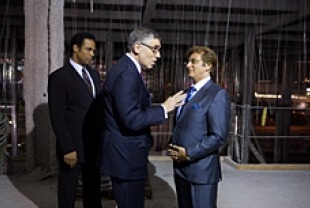 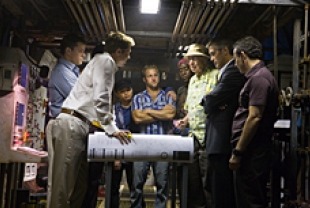 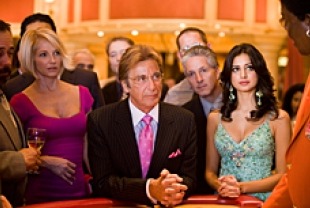 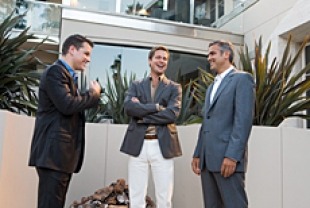