My Life So Far

Directed by Hugh Hudson
A lovely coming of age drama that reveals the bounties of a life filled with wonder.

To a child with wonder, the world is a place brimming with possibilities, grand adventures, and astonishing mysteries. In their first collaboration since the 1981 Chariots of Fire, producer David Puttnam and director Hugh Hudson have come up with an enchanting familial drama about one young boy's coming of age. The lively and literate screenplay by Simon Donald is based on Sir Denis Forman's childhood memoir Son of Adam.

Fraser (Robert Norman), the ten-year-old narrator, lives on a lovely estate in the Scottish Highlands during the 1920s that is presided over by the domineering Gamma Macintosh (Rosemary Harris). Her daughter Moira (Mary Elizabeth Mastrantonio) has six children including the always-curious Fraser. She is married to Edward (Colin Firth), a wildly eccentric inventor, Beethoven enthusiast, moralist, and head of a moss factory.

Life in this pleasantly isolated wonderland hums along nicely until Moira's brother, Uncle Morris (Malcolm McDowell), shows up with his French fiancee Heloise (Irene Jacob), an attractive woman who's half his age. She befriends Fraser and immediately sets in motion his secret interest in naked ladies and the mysteries of sex. Much to everyone's dismay, Edward also falls in love with this alluring young woman. Fraser is forced to shed his idealized view of his father for a more realistic one. My Life So Far is filled with many magical moments that reveal the bounties of a wonder-filled life. 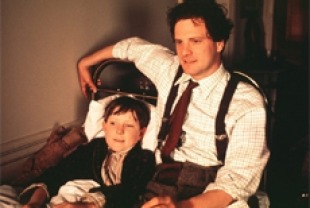