Directed by Kasi Lemmons
Explores the many levels of a friendship between a button-down African-American radio program director and a tell-it-like-it-is deejay.

Dewey Hughes (Chiwetel Ejiofor) is program director for Washington, D.C.'s R&B station, WOL-AM. While visiting his brother (Mike Epps) in prison, he briefly meets Petey (Don Cheadle), who has his own broadcast inside. Claiming to have a "Ph.D. in poverty" this brash self-promoter cons his way out of jail and shows up at WOL-AM hoping to land a job on air. His timing is just right since the station is not connecting with the city's African-American audience despite the popularity of Nighthawk (Cedric the Entertainer), a late-night deejay. The owner E. G. Sonderling (Martin Sheen) takes Dewey's word for it that he can turn things around for him. Petey is hired to replace Sunny Jim Kelsey (Vondie Curtis Hall) on the morning slot and immediately proves that he is a ratings booster with his street smarts and tell-it-like-it-is style. He rises to the challenge of leadership in the African-American community when he counsels calm after Martin Luther King's assassination and the rioting in D.C.

At the heart of Talk to Me is the friendship that slowly develops between the straight-laced Dewey and the let-it-all-hang-out Petey. Their talents complement each other, and they prove to be a potent team. Petey stretches himself as a stand-up comedian and television personality. His other major supporter is his feisty longtime girlfriend, Vernell (Taraji P. Henson), who is always there to pick up the pieces after his affairs with other women and his drinking binges. The collaboration between Dewy and Petey reaches its apex when the deejay is gets a chance to appear on "The Tonight Show."

Don Cheadle and Chiwetel Ejiofor mine the many levels of this friendship as their characters go through all the different changes of the turbulent 60s and 70s. The R&B music that accompanies their story is thoroughly enjoyable.

Special DVD features include deleted scenes, and the featurettes: "Who is Petey Greene?" and "Recreating P-Town". 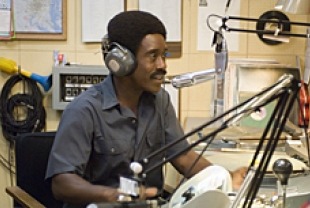 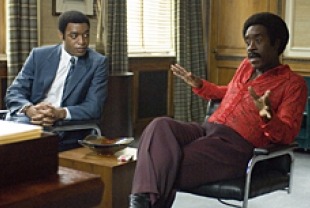 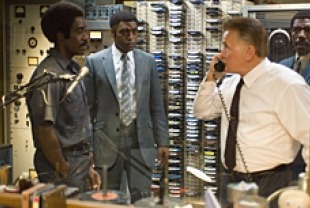