Directed by Zhang Yang
A fascinating glimpse of 30 years in a turbulent relationship between a domineering Chinese father and his stubborn son.

Fathers and sons. So many variations on the clash of wills and the pain that lasts for years. The male who tries to demonstrate love through domination and discipline. The son who rebels and willfully refuses to follow orders. This kind of warfare takes its toll on both participants and also the mother who loves both husband and son. The arc of combat usually lessens as the years go on and the father mellows or the son decides to take another approach to the man who has been such a dominant force in his life.

All of this and more is evident in Zhang Yang's Sunflower, a compelling examination of a rocky and turbulent father-son relationship covering three decades in China during a period of many changes. Their struggle, to some extent, mirrors the power struggles in society. But as in Quitting, Zhang Yang's central interest is on the emotional dynamics of family conflict.

Zhang Xiangyang is born in 1967 and is named after the sunflowers in the Beijing courtyard where his parents live. One day when the infant picks up a paint brush, his father, Gengnian (Sun Haiying), a painter, states that his destiny is to follow in his footsteps. However, during the Cultural Revolution, Gengnian is sent to labor camp where his hands are damaged by torture. When he returns home six years later, his wife, Xiuqing (Joan Chen) is relieved to see him. But nine-year old Xiangyang (Zhang Fan) has turned into a very independent boy who loves get into trouble with his friends. He immediately hates his father, who is a rigid disciplinarian. Unable to draw anymore, Gengnian decides that his son must accomplish what he was never able to do. However, the stubborn son battles his father every step of the way when he is forced to draw while his buddies play or attend movies.

By 1987, Xiangyang (Gao Ge) has become a skilled draughtsman and his father is looking forward to him attending college. He remarks that the young man is more talented than he was, and he has come to see his son as his own second chance. But Xiangyang falls in love with a pretty young woman who spends a lot of time skating. When he tries to leave town with her for a new life, Gengnian stops him once again and asserts his authority.

Twelve years later, Xiangyang (Wang Haidi) has marred Han Jing (Liang Jing) but they have decided they are not ready to have children. Both Gengnian and his wife feel betrayed and dissed by their son for his lack of respect for their dream of being grandparents. The final clash between Xiangyang and his father comes when he invites him to an exhibition of his paintings. Will Gengnian show up or will he express his disappointment in his son once again?

Although Sunflower mainly probes the turbulent relationship between Xiangyang and Gengnian, it also gives a fascinating portrait of the other lives touched by this family. They survive an earthquake and live together in a tent with others from their neighborhood. Years later, Xiuquing asserts her own feistiness in coming up with a clever scheme to insure that she gets a modern apartment that suits her feelings of entitlement. Gengnian also has a sometimes strained relationship with his best friend and fellow artist (Liu Zifeng), which becomes more meaningful in their old age. The closing scenes of Sunflower present a glimpse of the playfulness of elders in modern day Beijing where they gather to dance, do exercises, and frolic together in the city parks.

Special DVD features include a featurette: "The Making of Sunflower." 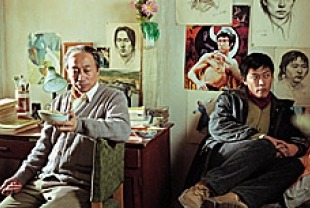 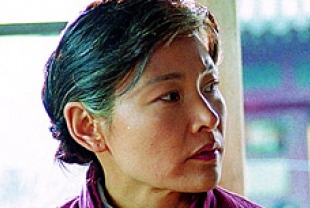 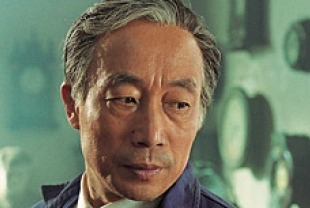