Directed by Neten Chokling
A parabolic film about the early life of the Tibetan Buddhist saint Milarepa that works as a teaching story about the futility and emptiness of violence and revenge.

Milarepa (1043 - 1123) is a heralded saint in Tibetan Buddhism. One of our favorite stories is his practice of communing with whatever scared him. Pema Chodron writes in When Things Fall Apart: "As Milarepa sang to the monsters he found in his cave, 'It is wonderful you demons came today. You must come again tomorrow. From time to time, we should converse.' " Chodron elaborates: "We start by working with the monsters in our mind. Then we develop the wisdom and compassion to communicate sanely with the threats and fears of our daily life." This teaching comes through indirectly in this movie about Milarepa's early life.

Milarepa: Magician, Murderer, Saint is the debut feature film of a young Tibetan lama, Neten Chokling, who was a principal actor in The Cup and worked as second unit director, acting coach, and occasional stuntman in Travellers & Magicians. It was filmed in the remote and beautiful Spiti Valley on the Indo-Tibetan border.

In the eleventh century, a child is born to a wealthy merchant and his wife. This boy will become Milarepa, the legendary saint, visionary, mystic, and poet — but not before he faces many difficulties and undergoes a profound transformation.

Many people in the small Tibetan village are envious of Milarepa's privileged family. When his father falls ill and knows that his death is near, he hands over the estate to his brother with the instruction that Milarepa is to receive the inheritance when he old enough to marry. All the wealth is too great a temptation to his uncle (Gonpo) and aunt (Tsamchoe) who seize the fortune for themselves, turning Milarapa, his mother Kargyen (Kelsang Chukie Tethong), and sister into virtual slaves doing chores in the household.

When Milaraepa is ready to marry his childhood sweetheart, his mother throws a party and asks his uncle to give him the family's estate as he had promised to do. He refuses, and the villagers stand by his decision and reject Milarepa and his family. His mother, set upon revenge for this injustice, sells some land and gives the money to her son. She wants him to go study black magic so that he can punish their greedy relatives. Milarepa leaves the village to study under Yongton Trogyelk (Orgyen Tobgyal), a master sorcerer who has a school in a mountain fortress.

There are so many grievous wrongs and terrible injustices in the world that it is very difficult not to follow the traditional path of revenge or what has commonly been called "an eye for an eye." Milarepa learns his lessons well from a master sorcerer, and he does bring death and destruction on his relatives and the villagers who supported them. But the result is an onslaught of nightmares and deep feelings of guilt. Taking lodging with an old monk (Khenpo Lobsang Tenzing Rinpoche), Milarepa sits in this quiet space and learns in a brief lesson from the Buddhist sage:

Milarepa sees the necessity of taking a spiritual path that leads to peace and enlightenment.

This parabolic film is worth its weight in gold in that it reveals the futility and emptiness of the path of revenge and violence toward those who are perceived as our enemies. Its message is quite different from Hollywood's movies about vigilantes — from Charles Bronson in five Death Wish movies to Kevin Bacon in Death Sentence and Jodie Foster in The Brave One. The urge for revenge is real, Milarepa says; it is one of those monsters that show up occasionally in our caves demanding a conversation. But we humans don't have to follow through and use violence against others. We can move beyond the errors and horrors of our personal pasts and be transformed into totally new persons. 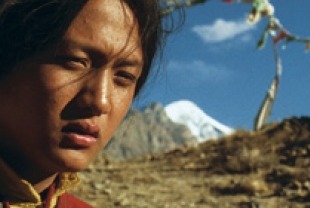 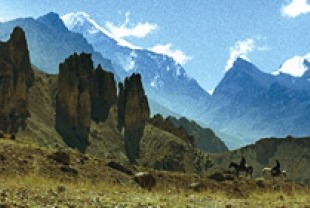 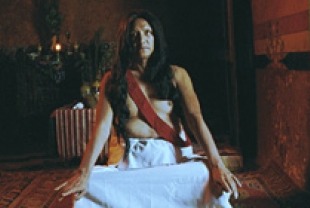 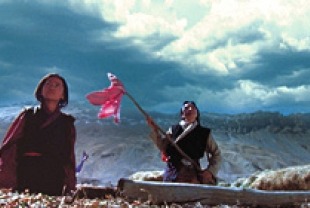 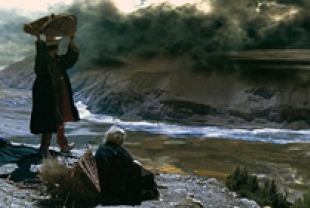 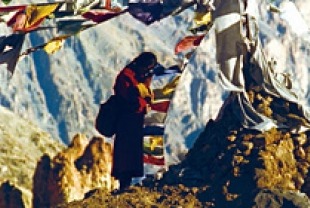