Directed by Todd Haynes
A phantasmagorical trip that explores Bob Dylan as a mystery man and a shape-shifter par excellence.

Arthur (Ben Whislaw) is the creative artist in Bob Dylan who sees himself as an outsider, a mystery man, and an eternal seeker. He answers questions from a panel of unseen inquisitors and follows his intuition wherever it leads. This format provides the backbone for this exploration of the many sides of the singer/songwriter who is a poet, a prophet, an outlaw, a fake, a star of electricity, a rock and roller, and a martyr born-again Christian.

Woody (Marcus Carl Franklin) is the youthful Dylan as folk hero. This eleven-year-old African-American vagabond criss-crosses the United States in railroad box-cars with other losers and poor folk. He sees himself as the dust bowl troubadour with a heart of gold. A very insightful black woman who plays host to him one day advises, "Live in your own time."

That is exactly what happens to Jack (Christian Bale), who makes a name for himself in Greenwich Village with protest songs such as "The Times They Are A-Changin' " and other hits. Here is an American original whose albums chart a fresh path for folk music and ballads that address the happenings of the day. But always seeking new horizons, Jack refuses to get tied down to the message songs that his lover, Alice (Julianne Moore), and others want from him following the assassination of John F. Kennedy.

On a private level, Robbie (Heath Ledger), a New York actor and motorcyclist, falls in love with Claire (Charlotte Gainsbourg), a painter. Their relationship deteriorates over the years as he gets caught up in the trials and tribulations of being on the road and trying to please the public. Meanwhile, the country is split apart by the war in Vietnam.

At the New England Jazz and Folk Festival, Jude (Cate Blanchett) arrives on stage with an amplified rock sound that alienates the folk music crowd. He then shocks even more people on his British tour where he eschews the perks of celebrity and get caught up in drug trips. Jude's encounters with the Beatles, the poet Allen Ginsberg, and a very critical journalist (Bruce Greenwood), who regards him as a fraud, provide more insights into Dylan's ever-changing persona.

Pastor John (Christian Bale) is the singer/songwriter after a crash. Now he's a born-again preacher taking the Christian path of repentance and surrender to God. And, finally in retreat from the world and its multiple confusions, there is Billy (Richard Gere), who finds that even in the wilderness far away from the maddening crowd, stands that must be made against power.

Director Todd Haynes has co-written this phantasmagorical exploration of the many sides of Bob Dylan with Oren Moverman. The film is propelled by lots of songs by the enigmatic artist. Cate Blanchet steals the movie with her idiosyncratic depiction of Jude the mystery man who refuses to be labeled or to spell out his artistic intentions or philosophical insights. The spiritual project of transformation is the heart and soul of this creative film about Bob Dylan. The singer/songwriter is a shapeshifter who has invented himself over again and again in his eternal quest for true freedom.

DVD special features include an audio commentary, deleted scenes, behind the scenes featurettes, a music video, audition tapes, a gag reel, and a Bob Dylan filmography and discography. 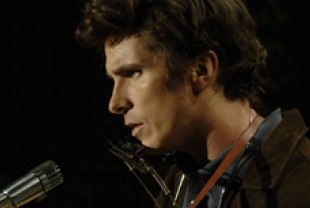 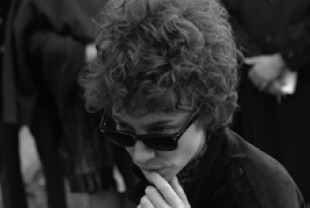 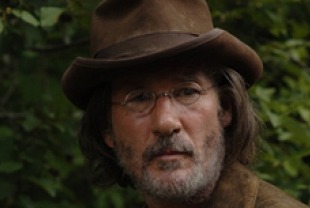 R - language, some sexuality and nudity