The Axe in the Attic

Directed by Ed Pincus, Lucia Small
A deeply moral documentary that examines the Katrina disaster and the incredible courage, patience, and righteous indignation of evacuees who are desperately trying to survive and reconstruct their lives with dignity.

Documentary filmmakers Ed Pincus and Lucia Small felt they had to do something to bear witness to the injustice, suffering and loss, and terrible grief of those whose lives were upended first by Hurricane Katrina and then by the callous treatment of evacuees by the United States government. This extraordinary film covers a 60-day roadtrip from New England to Louisiana with many stops in between. It charts the responses of people, most of them poor African-Americans, to the largest internal migration in U.S. history.

There are no talking heads or experts to comment, just ordinary people who were uprooted and displaced by the Katrina disaster. Pincus and Small also decided to insert their personal responses to the ethics revealed by the disaster. The title of the documentary refers to advice given by survivors of the floods of Hurricane Betsy in 1965: keep an axe in your attic to be used when the water rises in your home and you need to cut through to the roof as a last desperate attempt to save your life.

What does it mean to be exiled in your own country? Pincus and Small interview members of a black family from the Lower Ninth in New Orleans who have relocated to Pittsburgh. They talk about their financial difficulties and the challenge of dealing with the grief over what they lost. A mother of five tells the scary story of what happened to her during five days spent at the Convention Center. In a FEMA trailer park, an interracial couple and two angry white men share their outrage at the Bush Administration and its inhuman treatment of evacuees.

Ed Pincus comments on the devastating impact of suffering and loss on men they have interviewed. Usually quite stoic, all of them break down and cry midway through their conversations. A black father of two who lives in Renaissance Village, FEMA's largest trailer park, reveals what an ordeal it is to have to walk five miles to his low-paying job since he can't afford bus fare. During several interviews couples rummage through their destroyed and perhaps toxic homes searching for personal memorabilia. Other people talk about what it is like to lose a community that gave meaning and value to your life. A black woman tries to get help from FEMA in Austin where she has been relocated. It is a nightmare of red tape, and she is made to feel like a beggar.

The Axe in the Attic is a moral documentary that is not afraid to point a finger directly at the influence of race and class in the Katrina response. But what you really take away from the documentary is deep admiration for the incredible courage, patience, and righteous indignation of the people who are trying to pick up the pieces of their lives and survive with dignity. 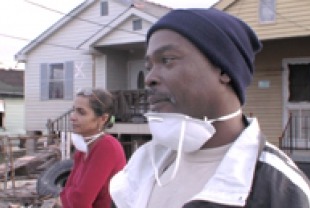 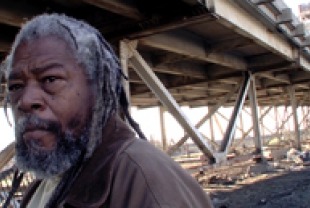 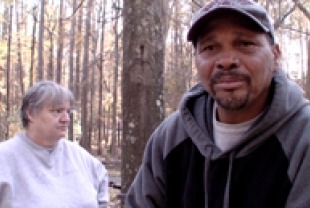