No Country for Old Men

Directed by Ethan Coen, Joel Coen
A quirky and bloody meditation on the rising tide of violence in America from the Coen brothers.

Vietnam Vet Llewelyn Moss (Josh Brolin) is hunting antelope in the West Texas desert when he stumbles upon the scene of a recent drug shootout. Bodies are strewn on the ground, vehicles are bullet-ridden, and there is even a dead dog amidst the carnage. Moss finds a badly wounded man who begs for water, but rather than help him, he steals his gun. With some smarts, he finds a briefcase containing $2 million. Moss knows that he has put himself in harm's way by taking it, but he doesn't care given the big payoff. He tells his wife (Kelly Macdonald) to leave their trailer home and go to her mother's place until he gets in touch with her.

Arriving at the crime scene, Sheriff Ed Tom Bell (Tommy Lee Jones) is utterly appalled. He comes from a long line of law enforcement officers but clearly feels unequal to the task of dealing with all the deaths connected with narcotics. Drug people don't have any respect for the law.

There is more grim news connected with this case: Anton Chigurh (Javier Bardem) is a psychopathic hit man who strangled a cop to death and also blew another man's head off using a pneumatic air gun like the ones used in cattle stockyards. He's a very methodical killer who enjoys toying with his victims before dispatching them. Unbeknownst to Moss, there is a tracking device hidden inside the briefcase of cash. This makes it very easy for the hit man to track him down. Another criminal (Woody Harrelson) enters the hunt just to make things more complicated.

Writers and directors Joel and Ethan Coen have adapted Cormac McCarthy's 2005 novel for the screen. No Country for Old Men is so violent that it will turn off many movie-goers who have a low threshold for bloody mayhem. Yet there is a real attempt here to ponder what has gone wrong in a country where violence has become more widespread and outlandish. Of course, the media fuels our curiosity about crime and, at the same time, enables us to become indifferent to it.

Sheriff Ed Tom Bell can't wrap his mind around the carnage but at one point he does note, "Any time you quit hearing Sir and M'am, the end is pretty much in sight." This is a spiritual reading of a major reason for the rise in violent crime in American society. When simple respect vanishes along with common courtesy, the reverence for life is diminished. Everything becomes disposable and worthless, including human life. McCarthy and the Coen brothers give no indication that the rising tide of violence can be stopped, although they do encourage us to ponder its predominant place in our culture. 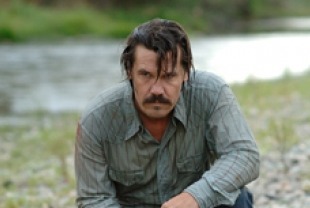 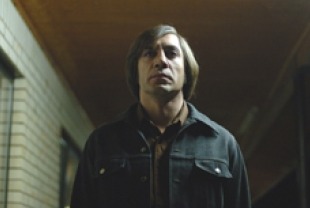 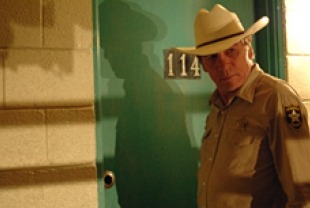