Directed by Alejandro Monteverde
An inspirational drama about a loving and compassionate man who gives a troubled and lonely woman a new lease on life with a selfless act of kindness.

At one time, Jose (Eduardo Verastegui) was a popular Mexican soccer star with a lucrative contract with an American team. Now he is the chef in a restaurant operated by his highly emotional brother Manny (Manny Perez). Jose knows the intimate details about those who work with him, an affability that enables him to create real teamwork in the kitchen. His brother is just the opposite; concerned with making a profit, he has not gotten to know the staff. That is why he has no qualms about firing server Nana (Tammy Blanchard) when she is late one day. The reason for her tardiness is that she has used a home pregnancy test and found out that she is pregnant. Jose senses that something is wrong, and he impulsively leaves work to spend a day with her in New York City.

He takes her to lunch and gets her a new job at a friend's restaurant. Then they go to the Jersey shore to visit his middle-class parents (Angelica Aragon and Jaime Tirelli). Since Nina is alone in the world, she is impressed by the warmth of this family and the ease with which they relate to each other over an evening meal. Nina and Jose spend some intimate time together on the beach sharing stories of their lives. She asks Jose if he will go with her when she has an abortion; he gently suggests that she consider other options. His feelings are based on a tragic incident which totally altered his life and set him on a new path. But instead of being embittered about his past, this young man has become a sensitive new person.

Bella, based on true events, is an inspirational love story. It's not very often that a drama features a spiritual character who has gone through the fire of a tragedy and come out the other side as a compassionate person. Jose is truly present on his job and a deep listener when he is with Nina. He respects her struggle to stand on her own two feet as an independent person, and so he responds to her with an act of selfless kindness.

Bella won the 2006 Audience Award at the Toronto Film Festival, and it is easy to see why, given the ways in which the story touches the heart. Jose is a great role model for a way of life once described by Stephen Levine; "to awaken each day into an increasing sense that being loving is even more important than being loved." 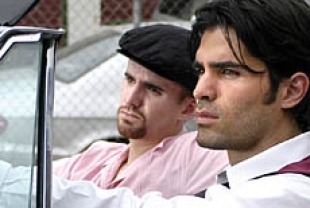 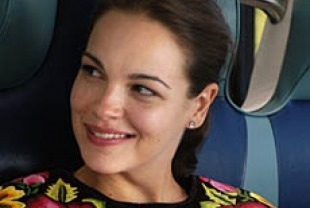 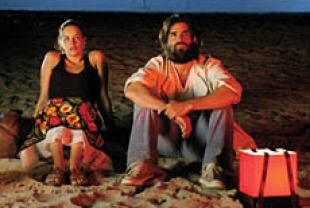 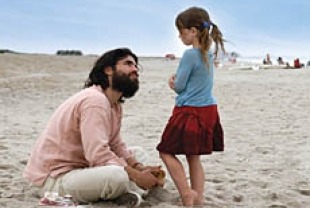