Directed by Denzel Washington
An inspiring film about an extraordinary African-American debating team in the 1930s with the talent and determination to excel.

Professor Melvin Tolson (Denzel Washington) teaches at Wiley College in the small town of Marshall, Texas, in 1935. It is a segregated community, and Negroes are in danger when traveling alone. At the beginning of the school year, Tolson chooses four new members of the college's debate team. His standards are very high since he's convinced that blacks must have strong and active minds to stand up for their rights in the Jim Crow South. The team consists of Hamilton Burgess (Jermaine Williams), who has been on the team before and quits before the major competition; James Farmer Jr. (Denzel Whitaker), a fourteen-year old prodigy whose father pushes him to excel; Samantha Brooke (Jurnee Smollett), who has transfered to Wiley with the dream of being the first woman debater; and Henry Lowe (Nate Parker), an independent student whose passion for justice is fierce and unwavering. All are very smart and aggressive students whose dreams of success are fueled by Tolson's energy and idealism.

But outside the classroom, they face a world of huge and hurtful racial bigotry. James gets a first-hand glimpse of this when his father James Sr. (Forest Whitaker), a renowned scholar at Wiley College, accidentally runs over a pig while out driving with his family. Two white men with guns demand an exorbitant payment for the lost animal and do their best to humiliate the city "nigger." Another time, on the way to a debate, the team comes upon the scene of a lynching.

Meanwhile Tolson leads a secret meeting of white and black workers from the area, trying to get them to join the Southern Tenant Farmers Union. When he is jailed by the racist sheriff (John Heard), James Farmer Sr. intercedes for him, even though he doesn't share his support of unions as the best means to achieving basic human rights for workers.

Denzel Washington made his directorial debut with Antwone Fisher, and he has chosen another superlative African-American story again; this one is inspired by the real-life passion, dedication, and teachings of Melvin Tolson. It is very gratifying to watch this skilled educator draw out the best in his three eager students. Denzel Whitaker does a fine job conveying the vulnerability and lack of self-confidence in James Farmer Jr., who has a crush on Samantha and the burden of proving himself to his impressive father. Jurnee Smollett is outstanding as the first woman debater at Wiley College; she gathers momentum in each contest as her talent and intelligence become more apparent. But the heart and soul of the film is the astonishing performance by Nate Parker as the very smart outsider who marches to the beat of his own inner drummer. He shows real leadership ability, which Tolson uses when after a series of local victories the Wiley team gets the chance to prove their powers of persuasion in a debate with the national debate champions from Harvard.

One of Tolson's slogans is "We do what we have to do so we can do what we want to do." Very few movies honor the unstinting determination it takes to succeed in a competitive world. The Great Debaters does that and much more. 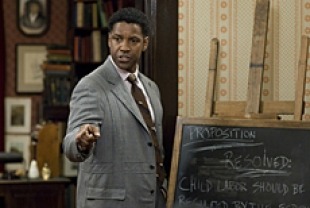 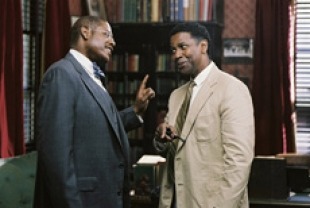 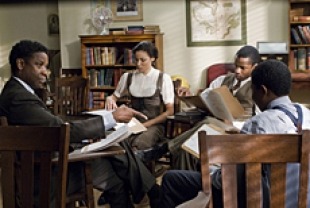 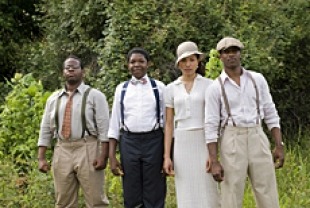