Directed by Bahman Ghobadi
An uplifting drama by Kurdish writer and director Bahman Ghobadi about music as the soul's expression of freedom in the face of death and repression.

For many years, Saddam Hussein tried to wipe the Kurdish people off the face of the earth. Following his death, the legendary musician Mamo (Ismail Ghaffari) gets permission to perform in Iraq for the first time in 37 years. He ignores the prediction of a local wise man that he should not take the journey. Instead, he rounds up his ten sons and convinces Kako (Allah Morad Rashtiani), a fan, to fix up a borrowed bus for them to use on their trip.

Mamo believes that the concert they are going to perform in Iraq needs a female singer or what he calls "a celestial voice" to accompany his vocals and the instruments played by his sons. They stop in a village in Iran to pick up Hesho (Hedye Tehrani); in his mind's eye, Mamo sees a hidden city where 1,334 banished female singers greet him with drums and song. Hesho must be hidden on the bus since women are not allowed to travel in the company of men in Iran. But at the border, she is discovered and taken away.

A visit to a local village to see an old friend of Mamo's turns sad when it is learned that he has died. Then a beautiful and mysterious female singer who calls herself Half Moon (Golshifteh Farahani) arrives and proves to be angel in helping Mamo fulfill his mission.

Half Moon is written and directed by Bahman Ghobadi whose extraordinary films A Time for Drunken Horses and Turtles Can Fly have introduced the world to the plight of the Kurdish people and their struggle to survive. This film is also filled with memorable images of the barren countryside and carried along by a story that blends humor and tragedy. Like another of Ghobadi's films Marooned in Iraq, it opens our hearts and minds to the special place musicians play in the vagabond Kurdish culture. Mamo is respected wherever he goes thanks to his art and the many years he has delighted villagers with his craft. Whereas the old man is a keeper of tradition, his sons live in the real world of cell phones and computers.

Writer and director Bahman Ghobadi has made another amazing movie that celebrates the human spirit in the midst of death, violence, and repression. Music is the ultimate expression of freedom in this uplifting drama. 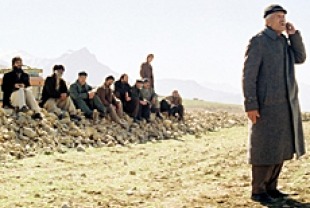 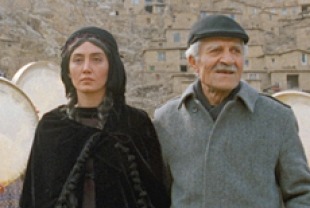 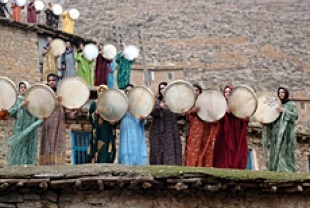 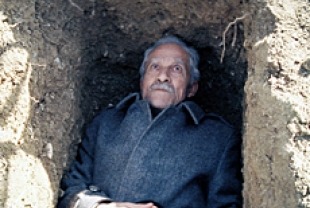 Read our reflections on Transformation in Half Moon