Directed by Lucy Walker
An extraordinary documentary about the spiritual lessons learned by six blind Tibetan youth on a grueling Himalayan mountain climb with Erik Weihenmayer.

Here is an extraordinary documentary that presents a band of heroic individuals worthy of our admiration and cheers. First, there is Sabriye Tenberken, a German woman, blind since the age of 12, who established the first school for the blind in Tibet and founded the organization Braille Without Borders. She saw a great need for support of visually impaired children in a country where many believe that blindness is a punishment for things people did wrong in previous lives or is the mark of possession by demons. Blind Tibetan youngsters are ostracized, called names in public, and treated badly by their families and communities. They grow up lacking in self-esteem, not believing that they can do anything they set their minds on. At the only school for the blind in Tibet, located in Lhasa, they learn to read and speak in three languages and are taught skills so they can live independently in a sighted world.

In 2001, Sabriye sent an email to Erik Weihenmayer, the first blind mountaineer to reach the summit of Mt. Everest, inviting him to visit the school. He was so moved by her letter describing the challenges faced by her students that he decided to lead six of the blind kids to the top of Mt. Everest's 23,000-foot neighbor, Lhakpa Ri. The preparations and the three-week journey were filmed by Lucy Walker.

Profiles of the six students tell us how they came to the school and show a little of their former family life. The most time is given to Tashi, who was sold as a beggar by his parents to a Chinese couple and then forced to survive on the streets of Lhasa when he was only 10 years old. In a reunion in China with his father, he struggles with the memories of abandonment and loneliness.

Tashi and the other students are each assigned a Western guide from Weihenmayer's team. They learn the basics of rock climbing and are accompanied by the guide on each step of the dangerous climb. A doctor in the party watches them closely for any signs of altitude sickness, one of the perils of mountain climbing.

The major drama on the expedition up Lhakpa Ri surfaces over different views of the trek by Weihenmayer and his team and Sabriye and her partner Paul Kronenberg. The Americans view the climb as a chance for the blind children to experience a personal triumph and a sense of accomplishment whereas the founder of the school believes that the students are not looking for any sort of victory but are mainly interested in group solidarity and the joy of being with their hero Weihenmayer.

Early in the film, one of the blind youth says, "We are blind but our hearts are not blind." As they rise to the challenges of the climb, another goal of the journey becomes apparent: they learn that they can survive and as one of them puts it, "the mountain made me feel human." And although they have a goal, they also experience many present moment wonders.

Spiritual lessons are learned by all involved in this life-affirming documentary — and will be experienced as well by anyone fortunate enough to see it. One of the many delights in this film is the playful community spirit of the Tibetan youth, marked by their singing of the old pop tune by the Turtles "Happy Together." 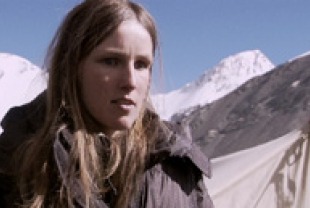 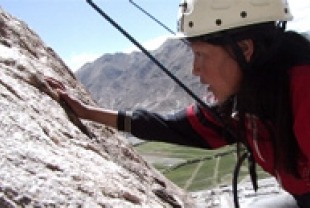 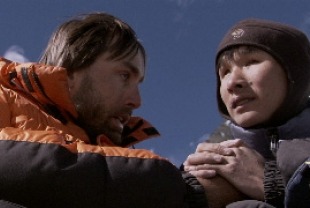 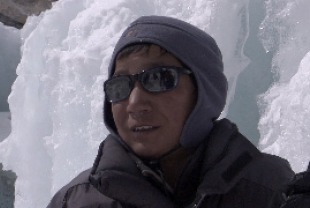