Directed by Michael Skolnik
A documentary about the last ruling King in Africa which shows that the offspring of absolute political power is injustice.

The abyss between the rich and the poor is not just a phenomenon of the modern world; it was built into the system of rule by kings for centuries in Europe, Africa, Asia. and elsewhere. Swaziland is a small African country and former British commonwealth now headed by King Mswati III who ascended to the throne upon the death of his father; he was crowned king at the age of 18. His country is now the last absolute monarchy on the African continent. Filmmaker Michael Skolnik presents an engrossing look at the sad and disturbing plight of Swaziland which has the lowest life expectancy in the world (31 years) and the highest rate of HIV/AIDS in the world at 42.6 %.

The King lives in luxury while his people suffer in incredible poverty. While dignitaries eat lavish meals at the palace, men eat intestines of animals picked up a dump yard. While the King and his entourage drive around in BMWs, the poor lament that their houses can be leveled to make way for a highway. While 75,000 virgins dance for the King, hoping to be chosen as his next wife, sick AIDS patients lie on the floor in crowded hospitals because all the beds are taken. While the King sends Princess Sikhanyiso, his eldest daughter, to college in California, a local freedom fighter laments that the rich ruler has deposited millions of dollars in a personal foreign back account. In a number of interviews, the King claims that he listens to the people and is doing the best he can to handle the country's severe problems. In a meeting with tribal chiefs, a crony commends the King for doing a good job.

A small band of rebels who are angry about the King's lack of concern about the plight of the country are shown in several protest marches. These men want to remove the King and to set up a constitutional democracy but lack the power to do so. There is a slim chance of hope that the Princess will be able to bring about some positive changes in Swaziland as evidenced by her visit to an orphanage for children with AIDS. Her heart goes out to them, and she vows to do what she can to help them.

This personal and dramatic look at the last ruling King of Africa and his people makes it clear that the offspring of absolute power is injustice. 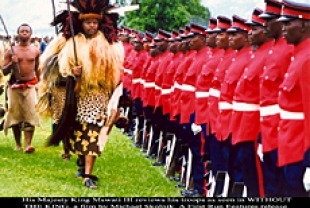 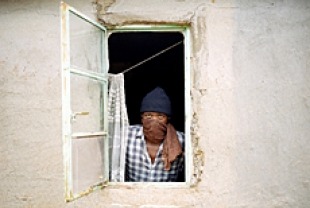