The Chronicles of Narnia: Prince Caspian

Directed by Andrew Adamson
Back to Narnia for more battles and a lesson about how things don't happen the same way twice.

Onward Christian Soldiers could be the battle cry for this second installment of the Narnia adventures based on the seven-book series written by Christian writer and apologist C. S. Lewis in the 1950s. After their phantasmagorical adventures when they stepped through a wardrobe in a country house, only to find themselves in a fabulous land with talking animals where they triumphed over the White Witch and were made kings and queens of the kingdom of Narnia (The Lion, the Witch and the Wardrobe), the four Pevensie children have returned to their ordinary lives in London. But now, Lucy (Georgie Henley), Edmund (Skandar Keynes), Susan (Anna Popplewell), and Peter (William Moseley) find themselves mysteriously transported back to Narnia through a tube station near London's Trafalgar Square.

The world they find upon arrival is greatly changed from the Narnia they knew. It is 1,300 years later. Their castle is in ruins. The Telmarines, a tribe of humans, have conquered and pushed all the Narnian creatures into hiding in the forest. Many of the animals have gone wild, and the trees no longer dance or move at all. And Aslan, the loving and all-powerful lion, has not been seen for as long as anyone can remember. The stories of old Narnia, when the Sons and Daughters of Adam ruled and Aslan moved among them, are considered to be fairy tales.

Lord Miraz (Sergio Castellitto) is the ruthless ruler of Narnia now, although his nephew, Prince Caspian (Ben Barnes), is the legitimate heir to the throne. When Miraz's wife gives birth to a son, Miraz orders his minions to get rid of Caspian. Fortunately, the young man's tutor warns him and he escapes to the woods. He is taken to safety by a Narnian dwarf and beaver who fill him in on their hardships. Meanwhile, the Pevensie children have arrived in Narnia. After they save the life of the dwarf Trumpkin (Peter Dinklage), he becomes their ally in a campaign to restore Narnia to its former glory. Eventually, they team up with Prince Caspian and a band of fauns, African-Narnian centaurs, minotaurs, and mice with little swords (the most adorable is Reepicheep who follows a code of chivalry).

Andrew Adamson, the director and co-writer with Christopher Markus and Stephen McFeely of Prince Caspian, expends far too much time and energy on the ensuing battles against Lord Miraz's armies. (Those who know the book will find that, as was the case with the movie version of The Lion, The Witch and the Wardrobe, that the poetic subtleties of C.S. Lewis's story are sacrificed to much bigger and more violent battle scenes; whereas the book's conclusion centers around a duel between two key characters, the film has that and about 30 more minutes of mayhem). Peter, who was High King of Narnia, his brother Edmund, and brave Susan all prove themselves to be skilled warriors. But it is Lucy who does the most for their cause with her faith in Aslan (voiced by Liam Neeson).

Through their adventures, the Pevensie children learn that things never happen the same way twice, that one must always take a stand for things that really matter, and that faith must be alloyed with courage in a world where conflict and subjugation are the norm. Prince Caspian and the Narnians learn that help doesn't always come in the guise you expect. Aslan bequeaths everyone with the sense of being royal and in his kingdom, all animals are welcome and all trees can rejoice!

Special DVD features include an audio commentary with director Andrew Adamson; the bloopers of Narnia; deleted scenes; "Inside Narnia: The Adventure Returns"; sets of Narnia: a classic comes to life; a big movie comes to a small town; previsualizing Narnia; talking animals and walking trees: the magical world of Narnia; secrets of the duel; becoming trumpkin; and Warwick Davis: the man behind Nikabrik. 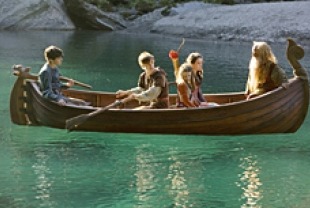 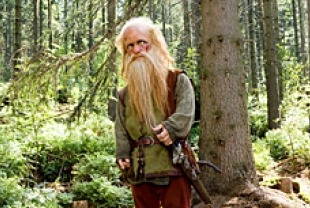 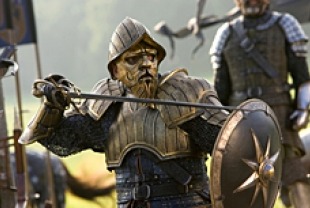 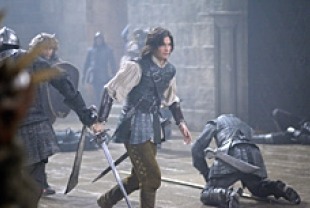 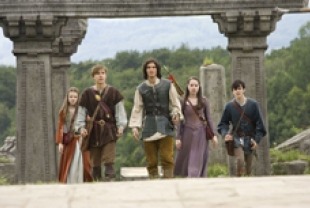