Directed by M. Night Shyamalan
An impressive thriller which acknowledges the mystery that lies behind the marvels and the terrors of the natural world.

It looks like just another ordinary day in New York City. People are enjoying the weather in Central Park, sitting on benches with friends or strolling down the broad tree-lined avenues. Then a gentle breeze blows through. People say odd things; they appear disoriented, frozen in place. Then, in various ways, they begin killing themselves with whatever is handy.

Meanwhile in Philadelphia, high school science teacher Elliot Moore (Mark Wahlberg) has asked his class to speculate about why the honeybees are disappearing in the United States. He only manages to rouse a few answers from his lethargic students — maybe it's pollution or global warming, or maybe we'll never know. Elliot agrees: "Science will come up with some reason to put in the books, but in the end it'll just be a theory. We will fail to acknowledge that there are forces at work beyond our understanding." How true — as he is soon to discover.

When reports of the New York catastrophe reach the school, the principal summons the faculty and tells them to send the students home. The initial reports from Manhattan claim that an airborne toxin is affecting the neurological signals in humans that control their survival impulse, flipping the switch, so to speak, so they commit suicide. The news reports are full of speculation about the source of the toxin. Is it a terrorist attack? Could some CIA experiment to counter biological weapons have gone wrong?

Elliot and his wife Alma (Zooey Deschanel) decide to take a train out of Philadelphia with fellow teacher Julian (John Leguizamo) and his eight-year-old daughter Jess (Ashlyn Sanchez). Rumors spread like wildfire as passengers learn of more grim deaths all along the Northeastern seaboard. When the train stops in the middle of nowhere, Julian leaves his daughter with his friends and hitches a ride to Princeton to try and find his wife.

M. Night Shyamalan could have made just another thriller filled with gruesome and violent deaths. But he has chosen instead to focus on the mysteries of the natural world and the very human responses to an inexplicable event. Facing terror at every turn, Elliot relies on his scientific training, identifying variables, assessing risks, and interpreting the data.

In a small town in the Pennsylvania countryside, Elliot, Alma, and Jess are given a ride by kind-hearted man who runs a nursery. Saying goodbye to the plants in his greenhouse, he mentions how sensitive plants are, that they can communicate with other species, and that they can release things. Elliot realizes that we don't really know the deleterious effects on the plant world of environmental pollution, resource depletion, habitat loss, and global warming. In a scene where he seems very vulnerable, the scientist apologizes to a plant for any harm he may have caused it, only to realize that it is a plastic plant!

Shyamalan's spiritual perspective comes through in the last third of the film as Elliot and Alma extend the small circle of their family to not only include Jess but two stray boys (Spencer Breslin and Robert Bailey). As they run for their lives, they discover that fear can make people do terrible things. An angry and paranoid man with a gun refuses to let them into his house. They are later given supper and shelter by Mrs. Jones (Betty Buckley), an eccentric and suspicious loner, but her hospitality proves to be short-lived.

Elliot and Alma have been going through a rough patch in their marriage, but this jeopardy situation and their concern for Jess's safety draws them closer together. They are able to confess, look past the grievances of their relationship, and forge a new bond based on love. Being in a life-and-death situation opens their hearts not only to each other but to strangers.

A key character in this film is nature — from the opening scenes of billowing and changing clouds, to shots of the wind rustling through trees, across meadows of grass, and through the bushes. Shyamalan uses his filmmaking skills to heighten the tension by challenging our assumptions about what's going on in beautiful natural settings like a city park or a country field. What if we don't understand what's happening there at all? Shamans and indigenous peoples have long warned us of the danger of our callous and brutal treatment of the Earth. They encourage us to listen to the animals and the plants and to recognize that weather and other natural phenomenon are ways that Mother Earth speaks to us (see the excerpt in "Related Content").

We salute Shyamalan for acknowledging the mystery that lies behind the marvels and the terrors of the natural world. The characters in this story discover love in the midst of this happening. The question is, what will the rest of us learn? (It's true . . . something really weird is going on with the honeybees.) 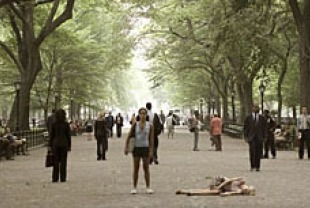 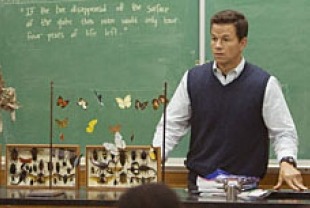 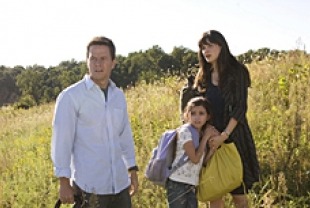 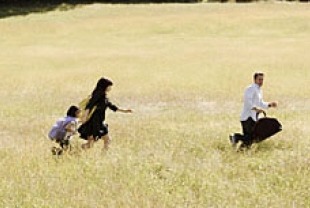