Directed by Isabel Coixet
A well-acted screen adaptation of a Philip Roth novel about the multiple splendors of beauty in a chilly world of intellect, sex, and selfishness.

David Kepesh (Ben Kingsley) is a 62-year-old college professor who teaches a seminar on Practical Criticism. A frequent commentator on PBS and radio about cultural issues, he has supreme confidence in his intellect and exquisite taste.

Consuela Castillo (Penelope Cruz), a beautiful Cuban woman, takes his breath away when she enters his classroom. Although immediately mesmerized by her, he has his rules: he never tries to seduce a student until after the final exam and grades so that he cannot be accused of sexual harassment. At an end-of-the-year party for students at his apartment, he begins his Don Juan approach to Consuela, a shy person who is not used to his effusive compliments and special interest in her.

David is a loner but he tolerates two longtime companions. One is George (Dennis Hopper), a well-known poet who loves hearing the details of his best friend's latest conquests. They are both anxious about the onslaught of old age and the waning of the libido. George tells him, "Stop worrying about growing old. Worry about growing up." But the professor sees himself as a survival of the sexual revolution and warrior against American Puritanism.

David's second friend is Carolyn (Patricia Clarkson), a former student with whom he's been having sex for 20 years. She understands and accepts his need for a no-strings-attached relationship. She loves their sex as much as he does and sees it as an escape from her life as a high-powered business woman. David doesn't tell her about Consuela.

The only other person in the professor's life is his son Kenny (Peter Sarsgaard), a doctor who has never forgiven him for walking out on him and his mother. Kenny sees a possible chance to connect with his aloof father when he comes to him for advice about his having an extramarital affair. But David is totally absorbed with his torrid romance with Consuela. He wants to know everything about her and queries her about her early boyfriends. Jealousy surfaces as a direct consequence of his obsession with her body, and he constantly calls her. When she says she's going dancing with her brother, David follows her to the club. Trust does not register in his consciousness. He is in constant fear that she will leave him for a younger man. And when she begs him to come to a graduation party hosted by her immigrant Cuban parents, David's ego gets the better of him.

Elegy is a high-class and well-acted screen adaptation of Pulitzer Prize-winner Philip Roth's short novel The Dying Animal. Spanish director Isabel Coixet draws out all the nuances in the exotic screenplay by Nicholas Meyer. Early in his encounter with Consuela, David says of her: "She knows that she's beautiful, but she's not yet sure what to do with her beauty." He compares her to a seductive woman in a painting in one of his books. And he makes it clear to her that he cherishes her body as a work of art. But it is his friend George who cuts through the central challenge facing his buddy:

"Beautiful women are invisible. . . . We're blocked by the beauty barrier. . . . No one can see the actual person. . . . We're so dazzled by the outside that we never make it inside."

So true. We watch David take photographs of Consuela at the beach, and we realize how he has put her on a pedestal and is captivated not by her mysterious being but solely by her external beauty. Lying naked on a couch except for her stiletto shoes, Consuela is the alluring object of his desire. Can he crash through his isolating egotism and selfish hedonism and come out on the other side where he is open to his emotions and love? We cannot reveal the dramatic reversal that brings Consuela and David back into each other's orbit after two years apart. But we can tell you that a new dimension of beauty comes to the fore, and it has to do with something more lasting than a pretty face.

Special DVD features include a commentary with screenwriter Nicholas Meyer and a featurette "The Poetry of Elegy." 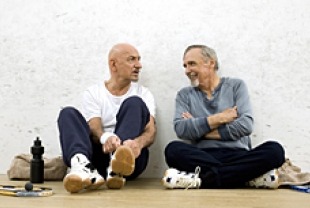 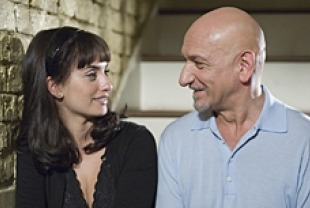 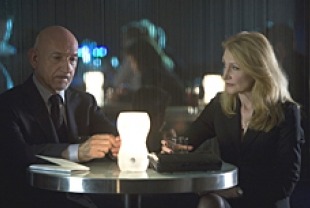 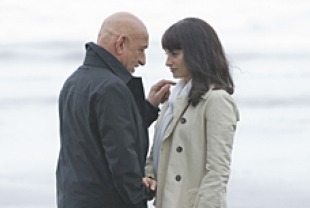