Directed by Mark Pellington
A deeply spiritual movie about miracles, hope, love, and living in the present.

Henry Poole (Luke Wilson) is a depressed man who buys a rundown house in a Los Angeles suburb. He shocks the perky real estate agent (Cheryl Hines) when he doesn't want her to negotiate a cheaper price for him. He says he won't be living there very long.

Henry is welcomed to the neighborhood by Esperanza (Adriana Barraza) who brings him some tamales. When she mentions that the man who owned the house and recently died was her boyfriend, he listens but does not seem emotionally connected to what she is saying. It is clear that he wants to be left alone. Patience (Rachel Seiferth), a clerk at the local supermarket, tries to strike up a conversation with him after seeing all the liquor and snacks he is purchasing. Another time she comments on how sad and angry he seems. This irks Henry and he curtly responds to her questions. The only one who seems to be on his wavelength is Mille (Morgan Lily), the mute eight-year-old girl who lives next store with her single parent, Dawn (Radha Mitchell). He appreciates Millie's serious demeanor and confides in her that sometimes not talking is the best thing to do.

Henry Poole Is Here is a deeply spiritual movie directed by Mark Pellington (Arlington Road, The Mothman Prophecies). The key to this film's astonishing emotional resonance is a subtle and engaging screenplay by Albert Torres and the casting of a uniformly excellent group of actors and actresses. The soundtrack is also a great mix of songs that mirror the moods and meanings of the story. Pennington has masterfully managed to do the difficult by making a charming and funny movie about a serious subject that doesn't make fun of any of its themes or its characters.

Henry doesn't intend to live very long in his new house because he is afflicted with a terminal disease. He actually wanted to buy the house down the block where he grew up. It's the last place he remembers being happy, and he had thought the best way to deal with his plight would be to escape into the past. It's not working. One day he walks down by the river and spots a note he scribbled on the wall years ago when he was trying to get away from his parents who fought a lot.

It is Esperanza who spots the face of Christ in a water stain on the new stucco wall of Henry's house. Henry is irritated when she starts praying in his backyard and even calls her priest, Father Salazar (George Lopez), to witness "the miracle," as she calls it. When a tiny spot of blood appears on the stain, church authorities take a sample to verify whether or not this is a significant event. Meanwhile, Henry keeps insisting it's just a stain, ever more vigorously as people start making pilgrimages to his house. He doesn't know what to think when Patience touches the wall and has her bad eyesight cured so she no longer even needs glasses.

Millie, who hasn't spoken since her father left a year ago, touches the wall late one night and then begins to speak and play like a normal child. Until this development, her main means of communication with the world had been through recording conversations on her tape recorder. She has been watching Henry, but he is more interested in her mother who is very tender and understanding. He breaks his self-imposed isolation by telling Dawn about his disease.

A lot of people are overcome with sadness in this drama. Esperanza is still grieving the loss of her boyfriend who lived in Henry's house, Millie misses her dad, and Patience has known many moments of loneliness. When they see the face of Christ, their hearts are opened to new possibilities beyond sadness. Hope is a positive and potent spiritual force with the power to pull us through difficult times. In Esperanza's case, her traditional Catholic faith reinforces her optimism. (The filmmakers never put down her religious beliefs, and even give us a priest who proves to be both a sensitive observer and a good listener.)

Henry struggles throughout the story with the mysterious things going on in his backyard, and it's easy for us to identify with him. Are these miracles, coincidences, or the results of people's decisions to believe? Throughout human history, the grace of God has worked wonders for those who have reached out in the darkness with hope. This same grace has enabled countless people to share magic moments of human connection with those who desperately need love. But can this happen to Henry and those around him in their suburban track houses in our time? Novelist Ursula Le Guin offers a perspective that fits this remarkable and moving film: 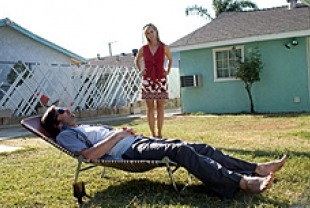 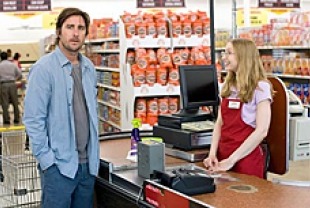 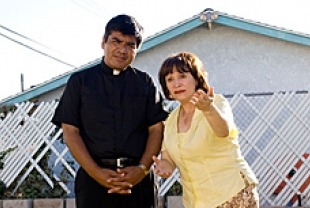 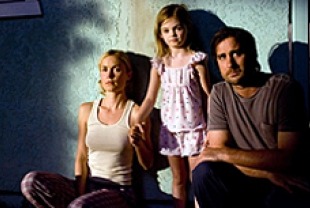