Directed by Jeffrey Nachmanoff
A thriller with many insights into terrorism and the agencies committed to stem the tide of violence.

Jeffrey Nachmanoff is the writer and director of this terrorist thriller based on a story suggested by Steve Martin, the comedian and bestselling author. It is about the fierce determination of Islamist jihadists and the equally focused activity of FBI agents.

Don Cheadle plays Samir Horn, a former U. S. Special Operations officer who admits "I don't feel at home anywhere." After working with local Islamists in Yemen, he is thrown into prison. There he meets Omar (Said Taghmaoui), a committed terrorist in the war against the West. His network of operatives manages to orchestrate a prison break. He takes Samir with him, deciding that his cool demeanor and talent with explosives makes him worth saving. The two Muslims also share a zeal for the cause. Afterwards, the terrorist organization does a thorough check-up on Samir.

On the other side are FBI agents Roy Clayton (Guy Pearce) and Max Archer (Neal McDonough) who have totally different ways of operating in the field. They interrogate Samir in the Yemen prison. Later they decide he might be involved in a suicide bombing in Spain and in a cleverly orchestrated demolition of the U. S. consulate in Nice. Their tracking of Samir is complicated by the fact that he is also being monitored by Carter (Jeff Daniels), a veteran CIA contractor.

The final segment of Traitor deals with the terrorist organization's ambitious plan to set off bombs across America during the Thanksgiving holiday. This involves money men, obedient suicide bombers, and sleeper cells willing to do anything to advance their cause. While not as deep and morally provocative as Syriana, this thriller does have plenty to recommend it including insights into terrorism and the agencies committed to stem the tide of violence. Don Cheadle is convincing as the Muslim with no place to call home, and Guy Pearce puts in a stellar performance as an FBI agent who defies the stereotype of the law-and-order zealot. 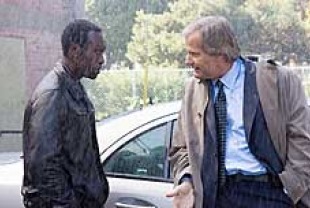 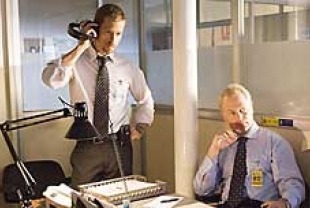 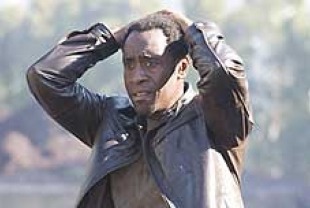