Greetings from the Shore

Directed by Greg Chwerchak
A pleasant coming-of-age drama about an enthusiastic young woman who learns how to change her tidy life plan and go with the flow.

Jenny Chambers (Kim Shaw) has planned out her life for the summer and fall following graduation from high school. Her beloved father who died recently was three credits short of finishing Columbia University when he had to drop out and support his family. Jenny promised him that she would go to Columbia and graduate. When she arrives at the small seaside town off the coast of New Jersey where she has spent so many pleasant summers, she finds that the pizza joint where she was scheduled to work has been shut down after the owner had a heart attack. Jenny panics at first but then is hired by the obnoxious manager of the yacht club to teach English to a group of foreign bus boys and waiters.

Greg Chwerchak directs this coming-of-age drama based on the experiences of producer/screenwriter Gabrielle Berberich. In her breakout debut performance, Kim Shaw plays an enthusiastic person who tries to make the best of a series of setbacks and formidable challenges. Luckily she is able to rely on the help of Catch Turner (Paul Sorvino), a friend of the family who lives alone on a boat and knows the secret workings of the community — especially the selfish and law-breaking activities of Commodore Callaghan (Jay O. Sanders) who hosts annual high-stakes gambling games. Jenny's spirits are lifted when she finds an ally and then a lover in Benicio Aceveda (David Fumero), who works at the yacht club.

Jenny's summer teaches her to go with the flow when her life plan is upset. She also learns that the universe is set up in such a felicitous way that when a door closes, a window opens. 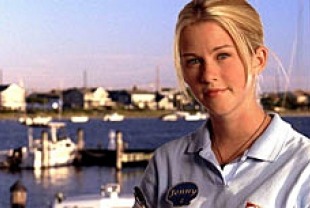 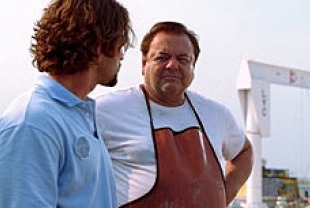