I've Loved You So Long

Directed by Philippe Claudel
A literate and lithe French drama about the spiritual transformation of a woman who has spent 15 years in prison.

Juliette (Kristin Scott Thomas) has spent 15 years in prison for murdering her six-year-old son. She hasn't seen her younger sister Lea (Elsa Zylberstein), a literature teacher, for many years. Lea has invited her to stay with her family: husband Luc (Serge Hazanavicius), their two adopted daughters from Vietnam, and Papy Paul (Jean-Claude Arnaud), Luc's father, who spends most of his time reading since a stroke deprived him of the power of speech.

It is not easy for Juliette to re-enter society and she comes across as a very cold and aloof person. When Lea's eight-year-old daughter Lys (Lise Segur) asks where Juliette has been all her life, the answer given is that she's been in England. Luc feels uncomfortable around his wife's sister and, at first, is hesitant to let her look after the kids. Juliette has a hard time relating to Lea although she does occasionally share memories of their childhood with her. The one she is most relaxed with is Papy Paul, who is imprisoned in his body and knows a little of what she's been through.

When Juliette decides to look for a job, she is given a hard time about her past by a curious social worker and by a business manager who orders her to leave his office after forcing her to reveal the nature of her crime. Two men take a personal interest in Juliette and want to make her transition into society as smooth as possible. One is a kind and lonely parole officer (Frederic Pierrot), who shares his dream of the future with her. The other is Michel (Laurent Grevill), one of Lea's colleagues. He taught in prison and as Juliette states "sees the world through books." They share some rare moments of intimacy at an art gallery.

I've Loved You So Long is the debut feature of French director Philippe Claudel, who is a novelist and screenwriter. This is a literate and lithe drama that enables us to see and savor the little steps, actions, and gestures that are part of one woman's spiritual transformation. Kristin Scott Thomas gives a nuanced and masterful performance as Juliette, a woman who after years isolated from human contact is very unsure of herself. But her loving sister gives her the space to reclaim her life in a series of baby steps which include playing the piano with Lys, listening patiently to the meanderings of the parole officer, putting her hand on the shoulder of Michel, speaking the truth when a friend of Lea's questions her mystery at a dinner party, and responding with surprise at a reunion with her mother who disowned her years ago.

This film vividly conveys the isolation and the loneliness which afflicts so many people in so many different ways. Everyone needs a place or a space where they can start afresh. Juliette does get a job as a medical secretary at a local hospital, and she decides to find an apartment for herself. It is Lea's love and hospitality that make it possible for her sister to envision a new life of hope and possibility. 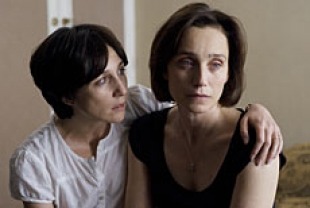 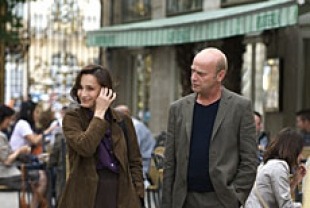 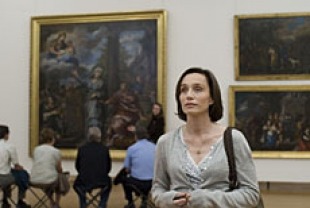