The Tale of Despereaux

Despereaux (voiced by Matthew Broderick) is a mouse born with eyes open and two very big ears. His parents are disappointed that he is so small. As he grows up, they become even more concerned. It's obvious that Despereaux is not at all like the other young mice. The elders are dismayed when they discover that he doesn't scurry and has no fear. In school, he fails to cower when shown a picture of a cat. And when he has the chance to eat the glue and paper from a book in the royal library, he reads it instead, eagerly learning about the courage and service of knights who rescue those in peril.

The book's story seems to come to life for the little mouse when he meets Princess Pea (Emma Watson) who has been unhappy since the untimely death of her mother during the annual Soup Day. The Queen was tasting the latest culinary masterpiece of Chef Andre (Kevin Kline) when a rat fell into the bowl, frightening her to death. Now the Princess stays in her room longing for a more exciting life, and the King is in deep mourning. He's banned both rats and soup from the Kingdom of Dor. To make things worse, the sun rarely peeps through the clouds making everything look grey, and the land is parched for lack of rain.

After failing to conform and breaking some rules of Mouseworld, including speaking with a human, Despereaux is banished to the dungeon, a.k.a. Ratworld. It's a foreboding and dark place from which no mouse has ever returned. There he is rescued from certain death by Roscuro (Dustin Hoffman), another outsider, a rat who arrived on a boat for Soup Day and, yes, fell in the Queen's soup. He escaped the palace and fled to the underworld. Although the ruler (Ciaran Hinds) of the realm has taken a special interest in him, he spends most of his time in a room basking in secret in a ray of sunshine from a break in the wall. In his loneliness and yearning for the old days, Roscuro comes up with a plan of revenge against the family responsible for his sad plight. He has Princess Pea kidnapped with the help of another loner Miggery Snow (Tracey Ullman), her serving girl who has dreams of one day being a princess. She comes from a pig herder's farm and does not know her real father.

Producer and screenplay writer Gary Ross has a love for underdogs which has played itself out in his movies: the crippled horse who surprises everyone in Seabiscuit, the man who comes alive to the boy inside himself in Big, and the everyman who changes things in Washington in Dave. In this rousing movie, four characters from very different worlds come together for a grand and meaningful adventure that demonstrates the spiritual potency of courage, love, light, and forgiveness. Will Despereaux be given the chance to demonstrate his kindness and love? Will he show others that curiosity and wonder are great antidotes to fear? Will Roscuro be able to get rid of his bitterness, forgive those who have hurt him, and return to the light? Will Miggery Snow ever achieve her dream of being a princess? And will Princess Pea survive her ordeal and be restored to the robust kingdom she once knew and cherished? This is one of the best films of the year; it has great characters, an inspiring story, and laudable spiritual values children and adults alike will appreciate. And best of all, there are no totally evil villains in this fairy tale.

Special DVD features include an exclusive sneak peek of Curious George 2: Follow That Monkey!; Despereaux's Quest game; Build-a-Boldo game; "The Making of The Tale of Despereaux"; and DVD-ROM activities. 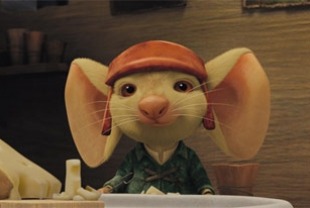 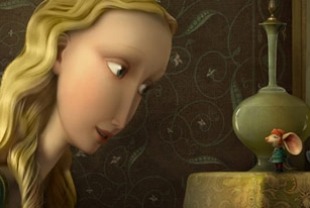 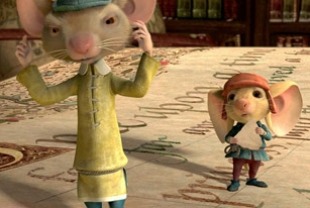