Directed by James Gray
An alluring romantic drama that challenges us to see the tricky machinations of desire and its blend of sweetness and bitterness.

Two Lovers is an alluring romantic drama directed by James Gray. It provides a thought-provoking portrait of an intense young man whose desire for a seemingly unattainable woman takes him on an emotional ride that is both gratifying and frustrating. With work that does not satisfy him and few friends, he begins a passionate quest for pleasure. Human desire is a very complicated dimension of our lives, and it is crucial to our flourishing in a changing world. We all yearn for meaning, connection, and personal growth, but all these take a back seat to our desire for love.

Leonard (Joaquin Phoenix) is a 30-year-old man living in Brighton Beach, Brooklyn, with his father Reuben (Moni Monoshov) and mother Ruth (Isabella Rossellini). Leonard is mentally unstable and takes medication every day after having attempted suicide following the shattering end of a love affair. He works for his father's dry cleaning business and takes photographs as a hobby. He's not very good at handling his parents' concern for his future well-being and is especially uncomfortable with Ruth's attempts to control his life.

One day, Leonard meets Michelle (Gwyneth Paltrow), a new neighbor in his apartment building. She initiates a friendship because he is a good listener and easy to talk to. Leonard becomes infatuated with her and blooms every time he is in her presence. Then he learns about a major obstacle to his developing an intimate relationship with her: she is having an affair with Ronald Blatt (Elias Koteas), a high-powered and rich lawyer who is married. Michelle is so insecure about her own worth that she invites Leonard to a dinner with her and Ronald so he can evaluate him. It is a sign of her emotional immaturity.

Meanwhile, Leonard's parents arrange for him to meet Sandra Cohen (Vinessa Shaw), the daughter of the man (Bob Ari) who is buying his father's dry-cleaning business. She is a sweet, shy, and pretty young woman who immediately takes a fancy to Leonard. They have sex but his heart is not in it since all of his energy is focused on winning Michelle's love. Leonard's desire eventually leads him to a place that is beyond his wildest imagining.

Two Lovers is animated by an intense performance by Joaquin Phoenix as Leonard. Gwyneth Paltrow is perfectly cast as the chilly and flaky Michelle, and Vinessa Shaw comes across as a sympathetic young woman who loves The Sound of Music and the possibility of a life of security and comfort. The screenplay by James Gray and Richard Menello challenges us to appreciate the tricky turns and the unappeasable aspects of desire that are both sweet and bitter.

Special features on the DVD include a commentary with director James Gray; behind the scenes; deleted scenes; a look at Two Lovers; and a photo gallery. 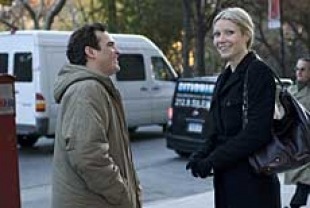 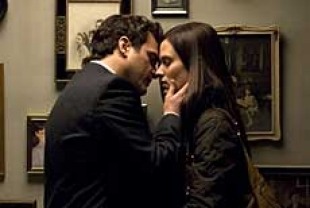