Directed by Sophie Barthes
An engrossing surreal comedy that takes an inventive look at soul, dreams, emotions, and the emptiness of a life devoid of meaning.

Paul Giamatti (playing himself) is a New York City actor in rehearsals for Chekhov's play Uncle Vanya. He is having a hard time with the role; he can't seem to identify with the character's doom and gloom. Anxiety overtakes him and his agent recommends that he see Dr. Flintstein (David Strathairn) who was written up in an article in The New Yorker. He specializes in a service called "Soul Storage." In this process, a person's soul is removed, resulting in the release of emotional burdens and anxiety.

When Paul meets Dr. Flintstein, this gung-ho scientist who believes in the predominance of the mind says to him: "A twisted soul is like a tumor, better to remove it!" Giamatti reluctantly agrees to the operation. After his soul is extracted in a giant machine, the actor is astonished to discover that it is the size of chickpea! But Dr. Flintstein assures him that souls come in all different shapes and sizes. He repeatedly says that the soul is very mysterious.

At the theater, Giamatti finds that he can't act the role of Uncle Vanya without moving from one extreme emotion to another. Now more frustrated than ever, he returns to Dr. Flintstein who has him rent the soul of a Russian poet so he can finish the play successfully without any more suffering. He is pleased, but his wife (Emily Watson) has trouble recognizing her husband who has changed drastically. Then Giamatti starts having strange dreams that seem to transport him to a woman's world.

The actor runs out of patience and tells the doctor that he wants his soul back. But when they go to retrieve it in a bank-like vault at a lab on Roosevelt Island, it is gone. Nina (Dina Korzun), a soul-trafficking Russian mule has stolen it for her boss whose wife is a soap-opera actress; she thinks it's the soul of Al Pacino. Giamatti convinces Nina to take him to St. Petersburg so he can retrieve his soul.

Cold Souls is an a totally absorbing surreal comedy written and directed by Sophie Barthes. She calls it "an existential tragic-comedy, with elements of absurdity, satire, deadpan humor, but also with some more melancholic and meditative moments." In the drama, Giamatti wants a cure from his suffering at the outset and is willing to rid himself of his soul to do so. In his bestselling book Care of the Soul: A Guide to Cultivating Depth and Sacredness in Everyday Life, Thomas Moore states: "Soul is not a thing but a quality or dimension of experiencing life and ourselves. It has to do with depth, value, relatedness, heart and personal substance." Moore claims that a loss of soul lies behind the restlessness, addiction, insecurity, and frustration of so many contemporary men and women. He also reveals that we can survive and learn from our personal troubles and tragedies instead of trying to cure or run away from them.

Barthes explores some of these rich spiritual and psychological themes and doesn't shy away from criticism of a society that values science and solutions over mystery and the struggle to wrest meaning out of suffering and emotional anguish. Paul Giamatti turns in a tour de force performance as a man whose soul journey is worth thinking about with its many observations about human nature, dreaming, and the emptiness of soullessness. 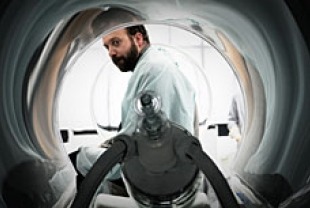