Helene Berthier (Edith Scob) is celebrating her 75th birthday with her children and their offspring at her summer home. While the kids play outside and conduct a treasure hunt, she takes aside her eldest son, Frederic (Charles Berling), an economist and university professor, and tells him what she wants him to do with the house and her inheritance of a 19th century art collection from her Uncle Paul. She is adamant that the paintings and art objects become part of a museum collection. When she dies, the family gets together again at her home, which is taken care of by Eloise (Isabelle Sadoyan).

Jeremie (Jeremie Renier), the youngest son, lives with his wife and children in China and is about to start a new job in Beijing. He needs the money from the sale of the family heirlooms to pay for the move. Adrienne (Juliette Binoche), a successful designer who lives in the United States, is about to get married. She does not see herself returning to France very often in the future and so suggests they sell the house.

Frederic, who wants to keep everything in the family, is crestfallen to hear of his brother and sister's responses. He thought that Helene's house and art collection would be a memorial to her and to Paul and wind up as a meaningful family legacy. But Jeremie and Adrienne see themselves as elite members of the global community with no specific ties to any one place or culture. They are at home in jet planes and business adventures that take them around the world.

Writer and director Olivier Assayas has fashioned a Chekhovian drama that is filled with bittersweet observations about family, memory, money, globalization, and impermanence. A great sadness overtakes Frederic as reps from Musee d'Orsay arrive at Helene's house and begin to sort through all the art. He lets Eloise take a vase in memory of her employer, and she secretly visits the place when it has been emptied of its valuables. Frederic and his wife (Dominique Reymond) visit the museum to see some of Uncle Paul's objects on display.

In an interview about the film, writer and director Assayas says:

"The objects of the family legacy are charged with emotion. They have a friendly presence in the house. But they become static, exposed to everyone in the museum, almost captives."

In the last scene in the film, Frederic's teenage daughter (Alice de Lencquesaing) hosts a large and raucous party of drug-using and alcohol drinking adolescents who dance, play, and cavort with each other in Helene's summer house. The place has soul but impermanence takes over once again as Frederic and his siblings split apart and the memories of the times there together fade from their thoughts.

Special features on the DVD include a video interview with director Assayas; a "Making-of" documentary featuring interviews with Assayas and actors Charles Berling and Juliette Binoche and showing the cast and crew on set; and "Inventory," an hour-long documentary by Olivier Goinard, shot partly in Paris's Musée d'Orsay, that examines the film's approach to art. 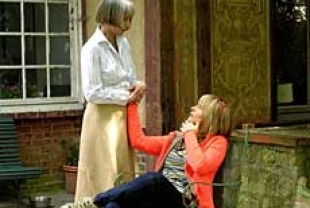 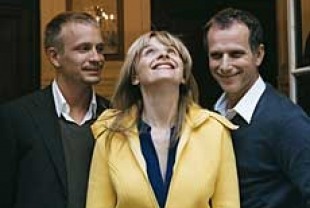