Directed by Shane Acker
A creative animated film set in a post-apocalyptic wasteland where a courageous soul goes on a quest to discover meaning.

Shane Acker's animated film has been expanded from his well-received 2005 short film. In a post-apocalyptic wasteland, a Scientist (voiced by Alan Oppenheimer) has fashioned a series of small doll-like creatures to carry on in the world after humanity has self-destructed. These survivors, known as the Stitchpunks, go on quest to discover the meaning of life. They must do battle with some very dangerous and destructive machines which come in various sizes and configurations.

1 (Christopher Plummer) is the ruler of this motley band which also includes 2 (Martin Landau), an elderly inventor; 5 (John C. Reilly), an engineer; 6 (Crispin Glover), an artist; 7 (Jennifer Connelly), a warrior. 9 (Elijah Wood) is the most adventuresome of the group and when 2 is captured by machines looking for a special talisman, he goes to rescue him.

The violence and end-of-the-world situation make this sci-fi fantasy unsuitable for young children. Fans of Star Wars, no doubt, will want to see this tale about heroism, the survival of the soul, a community under siege, and a mystical finale. 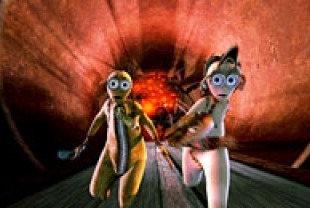 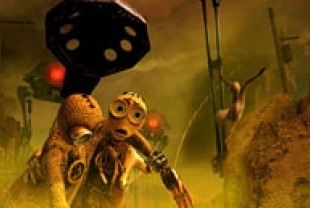 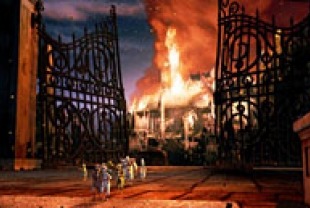