Directed by Jim Sheridan
A riveting drama about a Marine captain who brings the violence of the war in Afghanistan home to his wife, two daughters, and brother in America.

Captain Sam Cahill (Tobey Maguire) is the apple of his father's eye. Hank (Sam Shepard), a retired Marine, sees his son as a genuine hero. Sam is about to deploy to Afghanistan for his fourth tour of duty. His patient wife Grace (Natalie Portman), who has loved him since they were high school sweethearts, is not happy to see him leave. His two young daughters, Isabelle (Bailee Madison) and Maggie (Taylor Geare), are upset as well. Sam has one last appointment: picking up his younger brother, Tommy (Jake Gyllenhaal), who has just been released from prison after serving time for assaulting and robbing a woman. At Sam's farewell dinner, Tommy clashes with his father who doesn't like his vagabond lifestyle and aversion to the military life. His mother Elsie (Mare Winningham) feels bad about the whole evening which hangs over everyone like a dark cloud.

Overseas in Afghanistan, Sam's helicopter is shot down and he is presumed dead. Grace is felled by grief and has a hard time mustering the energy to take care of the kids. Tommy volunteers to help look after Isabelle and Maggie. He really connects with the girls when he comes up with the idea of refinishing the kitchen with them. After playing second fiddle to Sam for all his life, Tommy falls naturally into the role of care-taker. In her loneliness, Grace succumbs to a kiss with Tommy but doesn't allow herself to go any further.

Brothers is directed by Jim Sheridan (My Left Foot, In the Name of the Father, In America). It is based on the Danish picture Brothers (Brødre) directed by Susanne Bier, which we chose as one of the most Spiritually Literate films of 2005. It is a worthy remake. Director Jim Sheridan has a knack for drawing out amazing performances from children. Here Bailee Madison is outstanding as Sam's oddball daughter who draws into herself all the unexpressed anger, loss, and fear of the family.

Back in Afghanistan, it turns out that Sam and a private both survived the helicopter crash and have been taken captive by Taliban fighters. They are transported to a village and tortured. In a horrific scene, Sam is forced to commit an unspeakable act in order to save his own life. Back home, he carries with him its psychological and emotional fallout. His daughters are frightened of him and Grace does not know what to make of his transformation into a silent, angry, and violent man. He steadfastly refuses to tell her what happened during his captivity.

Tobey Maguire and Jake Gyllenhaal are both excellent as the two brothers who reverse roles: one plunges into self-destructiveness while the other rises to assume new responsibilities and hope for a new life. But in one scary and tense scene, director Jim Sheridan gives us a riveting picture of how the violence in Afghanistan can be brought home by soldiers unhinged by the terrors, brutality, and inhumanity of war. It is a tour de force sequence that brings us face-to-face with the tragedies now being played out by some veterans of two wars in American dining rooms, kitchens, and bedrooms.

We've long said that American citizens would never allow the bombing of Iran if they saw the movies Children of Heaven, The Color of Paradise, and The White Balloon with their portraits of Iranian children. Now we say it's too bad that President Obama didn't screen Brothers before he involved 30,000 more American families in the war in Afghanistan.

Special features on the DVD include a feature audio commentary by director Jim Sheridan; "Remade on the USA: How Brødre Became Brothers"; and Jim Sheridan: Film and family. 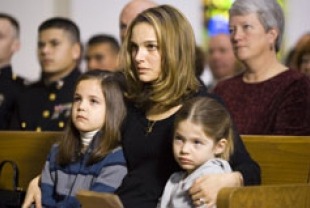 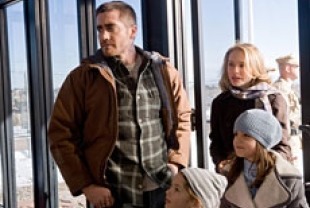 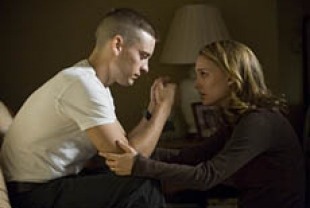