Directed by Jean-Marc Vallee
An elegant costume drama about the early years of Victoria, the longest reigning Queen in English history.

Princess Victoria (Emily Blunt) is a very unhappy 17-year old. She is being kept away from the court where her uncle William (Jim Broadbent) is King of England in 1837. She feels like a prisoner in a luxurious cell. Her every movement is monitored, and she must have her mother, the Dutchess of Kent (Miranda Richardson), or her governess (Jeanette Hain) hold her hand as she descends a staircase. And, of course, there is no privacy for her anywhere.

The King is dying and young Victoria is in line for the throne. That is why Conroy (Mark Strong), her mother's ambitious and domineering advisor, wants her to sign papers making them Regents to the throne. Victoria, who can't stand Conroy, refuses to agree this arrangement which would make her subject to their designs and decisions. When her cousin Albert (Rupert Friend) comes to visit, she quickly deduces that someone has coached him about ways to enchant her. She is right: King Leopold of Belgium (Thomas Kretschmann), his father, is looking out for his own political and personal interests. One evening while playing chess with Albert, Victoria admits to feeling like she is a pawn being moved against her will by those around her. He suggests that she learn the rules of the game so as to play more skillfully than they do. This private and intimate talk solidifies a friendship between them and gives heart to Albert's hope that in time she might love him. He returns to Germany with her promise to write to him.

When King William dies, Victoria is crowned Queen of England and she swiftly assigns her mother and Conroy to a faraway palace apartment and vows to keep them at a distance from her. She chooses the Prime Minister, Lord Melbourne (Paul Bettany), as her sole advisor. With her beauty, wit, and intelligence, Queen Victoria wins the allegiance of the people until Melbourne's party loses the elections and his rival Peel (Michael Maloney) demands that her ladies in waiting be changed to those of his choice, replacing those of her advisor's choice. She refuses, and there is a public uproar against her for playing in politics. Queen Victoria turns for support to Albert who gladly returns to England. They declare their love for each other and are married in 1840. The public rejoices with her and the young couple begin a life together. But they face many challenges, both publically and privately, as they deal with the pressures of the crown, politics, and power.

The Young Victoria is directed by Jean-Marc Vallee from a screenplay by Julian Fellowes. This elegant and stylish costume drama was shot on location in England. The talented and versatile Emily Blunt is stunning as the smart, stubborn, and vulnerable Victoria who went down in the history books as the longest ruling Queen of England.

Special features on the DVD include deleted and extended scenes; four featurettes: "The Making of The Young Victoria, "The Real Queen Victoria," "The Coronation," and "The Wedding"; and "Lavish History: A Look at the Costumes and Locations." 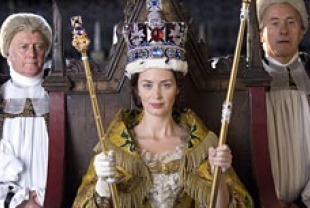 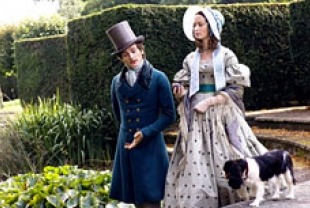 PG - some mild sensuality, a scene of violence, brief incidental language and sm